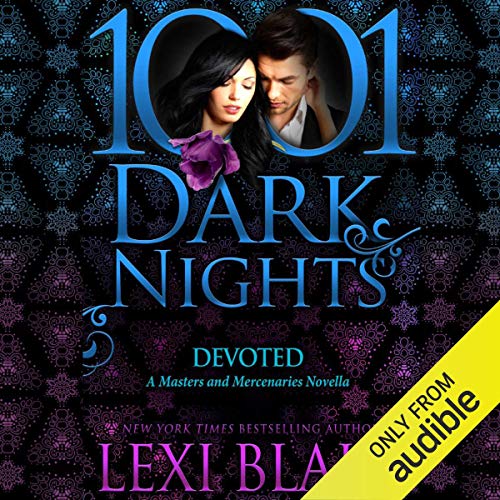 Amy Slaten has devoted her life to Slaten Industries. After ousting her corrupt father and taking over the CEO role, she thought she could relax and enjoy taking her company to the next level. But an old business rivalry rears its ugly head. The only thing that can possibly take her mind off business is the training class at Sanctum...and her training partner, the gorgeous and funny Flynn Adler. If she can just manage to best her mysterious business rival, life might be perfect.

Flynn Adler never thought he would fall for the enemy. Business is war, or so his father always claimed. He was raised to be ruthless when it came to the family company, and now he's raising his brother to one day work with him. The first order of business? The hostile takeover of Slaten Industries. It's a stressful job so when his brother offers him a spot in Sanctum's training program, Flynn jumps at the chance.

A lifetime of devotion.

When Flynn realizes the woman he's falling for is none other than the CEO of the firm he needs to take down, he has to make a choice. Does he take care of the woman he's falling in love with or the business he's worked a lifetime to build? And when Amy finally understands the man she's come to trust is none other than the enemy, will she walk away from him or fight for the love she's come to depend on?

What listeners say about Devoted

The characters are larger than life; men who are over protective, loving and not afraid to act on the Neanderthal side! The women are quirky with mannerisms that make you laugh and identify with them. Lexi is a great writer who can carry you along on a ride so you can escape the real world for as long as you want. Well worth your time and money.....the whole series is a must if you like strong male leads and women who don't take any rubbish, refuse to take less than they deserve whilst loving their men despite their Muppet moments!!!

Y and Flynn’s book was another excellent book I’m really enjoying listening to this series it always makes me laugh.

I can't say enough about Lexi Blake! It seems no matter what I read by her, I adore it! And let's just say Ryan West is one fantastic narrator! I absolutely close my eyes andcsigh when he does Simon's British accent, and Liam's Irish brogue!!! oh and don't get me started and his Dom voice!!!🔥🔥🔥 Great book, thank you Lexi Blake and Ryan West!!!

this book was awesome! I really enjoy this author and look forward to reading more.

This was another great story in this series. It had love, sweetness and some good and some bad characters. I find these stories easy to read and very entertaining.
No unnecessary descriptions of surroundings
Good dialogues
The storyline progresses nicely to a happy ending
And I loved the grand gesture being made at the end💗

I did also alternate between reading and listening to this book and the narrator has a great voice, he reads with feelings and have clear pronunciation.

I love anything written by Lexi Blake. Her books are always engaging and unexpected. One word that does NOT describe her is predictable.

My only complaint is she does not write fast enough.

Ryan West is beyond awesome. I always know its going to be a well read story when he is reading it.

Oh Flynn and Amy....such a great and hot love story. I am addicted to Lexi Blake now amd all of these hot and steamy well written and narrated romamce stories. On to the next one.

great story! had me hooked from the first chapter....lexi Blake is an amazing author highly recommend

If you enjoy a great story as well as hot scenes you will love the Masters and Mercenaries books. Performance was an added bonus.

This could be an interesting introduction into the dom/sub culture if it weren't so drawn out and superficial. The story hints at an underlying feud, but it is never really developed. The narrator is engaging and does well switching from female to male voices. This was my first and last book by this author.