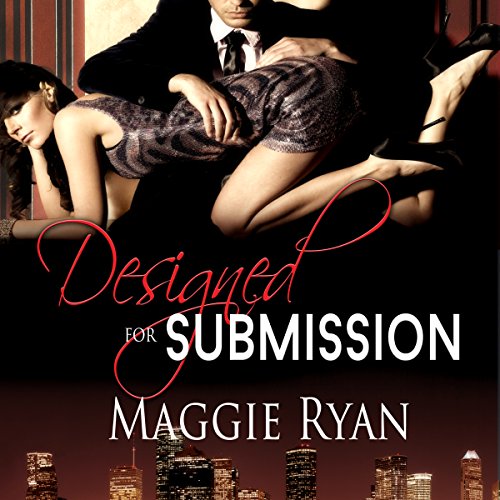 By: Maggie Ryan
Narrated by: Kalinda Little
Try for £0.00

Elizabeth's life changed the moment she saw a sleek, black, limousine pull up to the curb outside the restaurant where she and her dearest friends were having a celebration dinner before going to the local club. Though she knew she shouldn't, she found herself stepping back into the shadows as the man she had bumped into earlier led his companion to the car. Her breath caught in her throat as she witnessed a scene that would follow her into her dreams.

Elizabeth had thought she had a clear idea of how she wished to live her life. She found happiness in her designs, spending time with her friends and occasionally playing in the local clubs. She is a copartner in her own design firm as well as working on a plan to fulfill her own dream project. She doesn't have the time to waste fantasizing about what might have happened after the car door closed on the couple from the limo.

Little did she dream that she would not only come face to face with the man she named her "Limo Man", but that he would demand she learn the exact meaning of clarity.

He demands absolute honesty in all things. He has known quite a few submissive women, but none like the small, dark haired beauty who is Elizabeth Adams. She steals his heart and captures his soul.

Logan knows she is fighting her own demon and he has no weapon to slay it. Can he teach her that freedom comes from total submission? Can he convince her that he will always be there to help her fly and catch her when she falls? Will she trust him enough, love him enough to gift him with the single part of her that she has withheld for years? After all, there are no limits to dreams and sharing them only makes them grow stronger.

What listeners say about Designed for Submission

The main character claims to want to keep her lifestyle a secret but talks to everyone in public like she is in a dungeon rather than in public regardless of if she knows if the people around her are aware of everyone's involvement in kink.

Honestly, the dialogue is woefully bad in general and I promise you anyone reading it will cringe at the unnatural sound to a lot of the conversations.

Story is good Narrator is awful

This story is good with some predictability. The main character could have been developed more. The narrator made it almost impossible to finish listening. She is stilted and does a terrible job expressing emotion. Her portrayal of the characters left you cold.

Barely made it through this one!

Would you try another book from Maggie Ryan and/or Kalinda Little?

Absolutey love Maggie Ryan and believe this story would have been good also - but the narrator ruined it.

Didn't care for the sound of her voice - she was too animated and the characters were left flat and I couldn't connect.

Kalinda Little narrates this story smoothly, however I'm not sure her voice is best suited for this genre. Sometimes I felt the sensual scenes felt more clinical than sexually charged. Kalinda speaks clearly but I would imagine her voice suiting a narration of an biography.

As for the story, I enjoyed the "designer" spin on this series, but felt the story lacked depth in characters bonding. That's not to say they didn't connect sexually, but I couldn't relate or feel as though I was in the room. I felt no intensity or charge between characters, and even though Logan and Elizabeth are involved in a d/s relationship, I found the story also took too long to come to a closing.

one of the very worst narrators.