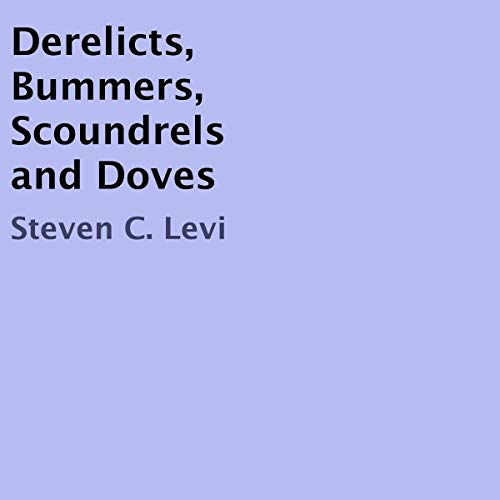 The Alaska Gold Rush started in 1880 and lasted until World War II. What made it so unusual was that many of the sourdoughs never left. They stayed on, year after year, sloshing through the freezing waters of thousands of streams, looking for the elusive yellow metal. Some became wealthy, and most of those spent their lifetime’s-worth of gold in a few months of wild living. Most just made enough to feed themselves. They lived in squalid cabins and survived on beans, caribou, and wild onions.

These are tales of the men and women who preferred to stay in Alaska rather than return to the cities - and the families - left behind. Many of them had very good reason to not want to return. Besides, Alaska was a wild and wooly place where there were no rules - except for the ones you made up as you went along.

What listeners say about Derelicts, Bummers, Scoundrels and Doves