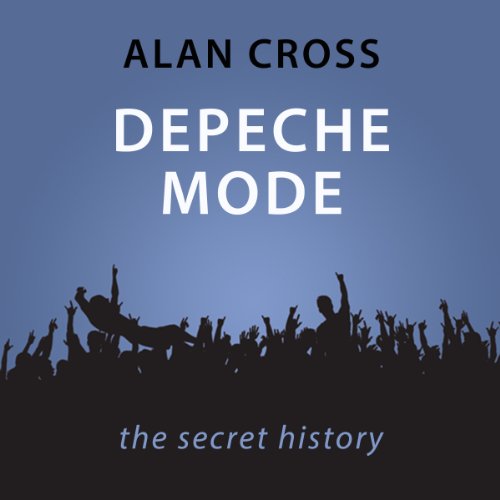 Alan Cross, beloved radio broadcaster and documenter of all things rock presents an artist profile of the band Depeche Mode, as part of his Alan Cross Guide to Alternative Rock audiobook series. Cross, in his familiar, affable, radio voice, discusses the band Depeche Mode, using the techno-pop group as a springboard for discussing the emergence of electronic elements in rock and the rise of the synthesizer. He discusses the band's history, catchy tunes, and the synth's acceptance as a sound to rival the electric guitar which had previously domineered over all things rock. Fans of the band, and the subgenre which they helped create, or those just discovering their still-fresh sound, will appreciate Cross's enthusiastic, well-delivered primer.

In this new audiobook, broadcaster, and music writer Alan Cross narrates the definitive history of Depeche Mode. Cross succeeds once again in revealing the fascinating history behind the music in the same compelling way we've come to expect from his long broadcasting career.
©2009 Alan Cross (P)2009 HarperCollins Canada

A Concise History of Depeche Mode Until 2005

This short essay contains much of the same information as Dave Thompson's "Some Great Reward", but stretching the time span until 2005's album "Playing the Angel".

The guide doesn't delve very deep into either the artistic or personal history, thus two stars for the story. The contents were very familiar even for a casual fan like myself. Also, at some points some minor facts are not accurate.

So this book works best as an introduction for the newcomer; maybe as a concise history for the older fans, too. Author does good, if somewhat hurried work as the narrator.