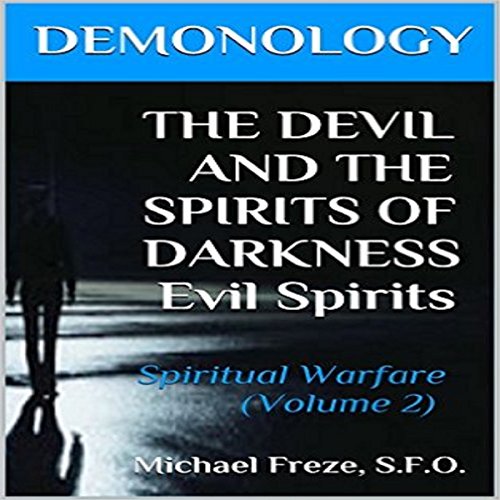 Demonology: The Devil and the Spirits of Darkness

Demonology: The Devil and the Spirits of Darkness

This is one of the largest scholarly works on demonology in decades. It has been reviewed by and given the imprimatur of former Bishop Elden F. Curtiss of the Diocese of Helena, Montana.

This massive work covers all areas of demonology: types and characteristics of evil spirits, demonic activities in the human arena, oppression, possession, and much more!

Michael Freze, S.F.O., has previously written seven nationally-published books on Bible trivia and supernatural phenomena. He is a best-selling author for Our Sunday Visitor (They Bore the Wounds of Christ: The Mystery of the Sacred Stigmata). He has appeared on numerous national television shows as a guest interviewee for his works.

This is for the spiritually mature only, some who are less spiritually advanced might find it discouraging to their advance in the Faith.

What was most disappointing about Michael Freze’s story?

The description of the devil's attacks on the Stigmatists and the fact that those who succumb to the demonic possession will die in a state of mortal sin and go to hell.

What aspect of Voice Cat LLC by Doug Spence’s performance would you have changed?

disappointment, b/c it doesn't hold that much hope for those who yield to the devils' attack.

This book is ONLY for the Spiritually mature!

5 of 6 people found this review helpful