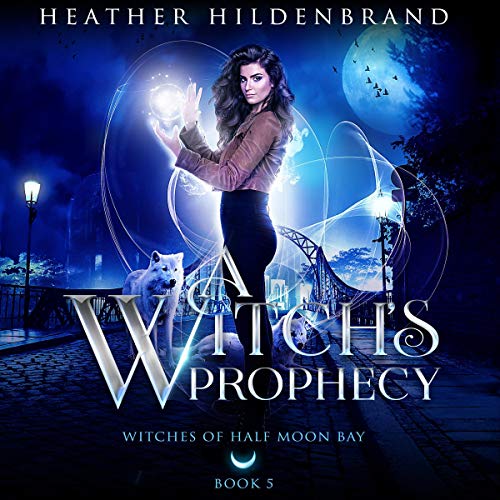 By: Heather Hildenbrand
Narrated by: Kelly Pruner
Try for £0.00

Everything is a lie.

Sam has spent the last six months sorting through plots against the people she cares for most. Learning who to trust - and who to kill. And just when she thought she had it all figured out, the good guys separated from the bad, her world is upended. Sam knows it’s up to her to stop what’s coming - and who is bringing it. If she doesn’t, the goddess inside her will take over, erasing what’s left of Sam’s sense of self. In fact, Hina’s already struggling for dominance. But how can Sam possibly battle evil itself when her heartbreak is so great she can’t even heal Alex when he needs her most? Sam needs time. And time is the one thing she doesn’t have.

Alex is struggling to heal and to help Sam stay grounded. But he’s got his own mystery to solve: a secret about himself and his past that he doesn’t even know exists. Together, they’ll battle demons inside and out. Alex isn’t who he thinks he is. Sam isn’t the only one who was chosen.

What listeners say about A Witch's Prophecy, book #5

“Sam has a great power inside her, but she hasn’t harnessed it. The goddesss is taking her over. Eventually, Sam will disappear. Unless the ceremony is performed.”

Sam and a wounded Alex escape and seek refuge with Jin, who helps to remove the bullet inflicted by RJ/Ea. As a result of the chaos and betrayal of the last 24 hours, a part of Sam has shut down and withdrawn into herself and Hina is dominant. Jin warns Alex that Sam’s power is unstable and unless they perform the ceremony that will root Sam and merge her magical side to her human self, she will lose herself when Hina emerges.

With the loss of Indra, his acolyte, RJ must now merge with Ea and intends to use an energy point, Mount Shasta, to do so. Time is now of the essence for Sam.

With CHAS compromised, Edie returns and off the record, provides a safe house for Sam and Alex to reunite with the rest of the gang in Half Moon. They are shocked to find Koby in a trance and Brittany explains that its Sushna’s doing. Apparently, Indra survived the shooting and the Witherer showed up at the hospital, offering to broker a deal with CHAS for the return of her daughter. In return for information on Ea, Cordelia agreed to hand Indra over. Sushna cunningly locked the information inside Koby who hasn’t ate, slept or spoken a word since that night. Sushna’s parting shot was that only the goddess could access the information.

Shocking revelations come to light when Sam accesses Koby’s mind. Sam sees a vision of RJ, killing his family in a blood sacrifice to Ea. More importantly however, she sees the fateful meeting between Alex and his mother with Sushna. Koby regains his senses once Sam completes her task but Sam must now reveal to Alex what she saw in her vision of his mother.

“Your mother didn’t die from over or under using magic, Alex. She sacrificed herself in order to allow someone else’s merge to occur. Yours.”

Alex is stunned to learn that he has magic but has no inkling of what those abilities are. Realising the answers lie with Sushna, Sam and Alex confront her. Sushna offers to provide answers in return for them taking Indra back with them. Alex is reluctant to do so but Sam agrees. Sushna reveals how his mother knew about the upcoming war between Ea and Hina. That Sushna had offered her great power in return for Alex but that she turned her down. When Sushna set out to kill her, she sacrificed herself to protect Alex which in turn led to Alex’s own merging. Alex’s blood is a conductor that will temper Sam’s merge and stop her from being lost.

When RJ puts a spoke in their plans to use witches to help Sam to merge, Alex turns to an unlikely ally for help - Indra. Indra agrees to help but at a price, that Alex kill her or allow her to die when they don’t need her anymore. Alex agrees but can Indra be trusted or is this another trap laid by Sushna?

Defiance is the fifth and penultimate instalment of the Heart Lines series. This was the most intense instalment of the series so far and the most important in terms of plot development. Defiance picks up after the events of Imbalance in which RJ was revealed to be Ea’s vessel. CHAS descended on the scene and captured Brittany and Breck. RJ shot Alex as he tried to get away with Sam. Luckily Safar intervened and helped them get away from RJ. Sam and Alex turn to Jin for sanctuary and as Sam’s powers become increasingly unstable, they find themselves in a race against time to merge her magical self with her human self.

Alex’s past, his mother’s sacrifice and the nefarious attempts by Sushna to kill him over the years came as shock, as did the revelation that Alex has magic in his blood. However, it did go a long way to explain how he was able to survive two venomous werewolf infections. The character development between Sam and Alex was exceptional in this instalment. Sam in particular, despite her turmoil at the start, finally makes peace and puts her trust in Hina prior to the merging ceremony. She even leaves letters for her friends in case she doesn’t make it.

Indra’s character has intrigued me the most from the start. Complex, charismatic, the perfect villainess but it was in this instalment that she really shined. Her scenes with Alex were powerful and resonated with me on an emotional level.

This was a solid addition to the series and due to the emotions inflicted as a result of the death of a character and the way it was written, its my favourite instalment so far. The author has set the scene nicely for the final instalment of the series and it promises to be spectacular.

I received an advanced free audible copy of Defiance that was narrated by Kelly Pruner who made it easy to differentiate between the different characters.

This series does not disappoint! It keeps getting better and better. There is a lot of action and twists and turns I did not see coming.

Narration was good and brought the story to life.

The story keeps getting more complex. I can’t believe I’m saying this but I actually feel sorry and sad for Andra. There is a lot of suspense and uncertainty about Sam’s joining and RJ’s plans.

I’m looking forward to the next book!

I am still loving this series...it is fast paced and all the twist and turns. Can't wait to keep reading. I highly recommend this series

Omg this one was so suspenseful and awesome. Sam and Alex are amazing together. I just hope their strength together stays there through the next hurtle in store for them.

Book 5 is non stop action in the war between the two ancient foes, but it isn’t over. And things get steam between Sam and Alex! This is a great series and keeps you sucked in wanting to know what happens next!

Love this series it's so good! I can usually predict what happens in stories but this kept me on the edge of my seat!

this story line just keeps getting better. some of the parts are explained . the whys and what's of things happening. i love the characters Sam and Alex.

Book five in the Heart Lines series is really ramping up the action. We meet some new characters, some old characters get new abilities and the whole book is leading up to the big showdown between Hinna and Ea. There was plenty going on. Sam even found time to go to college. Occasionally. Stay in school kids. Even if you’re sharing your body with a goddess.
Harold returns. Yea! Simon Brooks III gets a kick in the pants. Double yea! All in all, an exciting read. Thank you Heather, for a chance to listen to this audiobook arc in exchange for an honest review. I can’t wait for the next one.