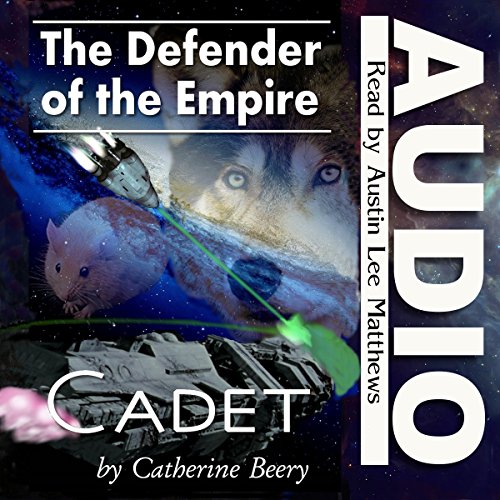 Defender of the Empire: Cadet #1

By: Catherine Beery
Narrated by: Austin Lee Matthews
Try for £0.00

Welcome to the Spectral Empire - a galactic empire enfolding hundreds of colony worlds governed by the Twenty-Five Prime Worlds, who are in turn ruled by the Imperial Council and the Emperor. It is a society of great advancement but broken and under threat.

My name is Rylynn Sinclair of Colony Lenti. I lived there with my Aunt Sylvie for as long as I can remember. We were by no means rich, but we were happy. We had a roof over our heads and food on the table. So what if the neighbor was a mean drunk, and I was often bullied by the resident gang? I had a home.

My simple life had a hole blown into it when I was 13. My home was destroyed the day before the mercenary scourge of the Empire came. War - in all but name - had begun. And because certain interests were left alone, no help was forthcoming from our noble Prime World. Survival became the only playable card. When I saw that my group of hopeful escapees was in danger of being killed by a pair of hunting Telmicks, I traded my life for their chance to escape.

And that was when everything went really weird. I was saved and given a new life as a cadet in the illustrious Legion Fleet Academy, in a position never before held by a mere colonist. Not only that but I became involved in the Admiral's Competition. And to add to the weirdness that my life had become, I started hearing voices - many voices. Some helpful, others just cryptic. And all of this on top of being the only witness to a serial killer.

What listeners say about Defender of the Empire: Cadet #1

Great story. Well worth my time.

Loved this book . narrated well. looking forward to next book in the series.

The performance was rough, rife with mispronounciatios of even common words. The writing sounded like a high school assignment. The plot was internally inconsistent. But some of the concepts were original and I listened to the end.