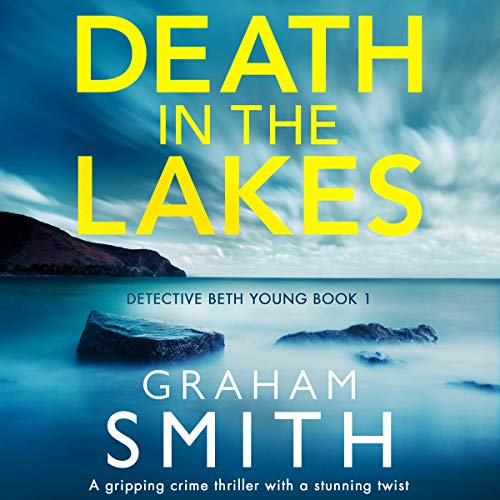 Death in the Lakes

By: Graham Smith
Narrated by: Madeleine Gould
Try for £0.00

He’d found an angel for his collection. But one angel at a time was never enough...

Detective Beth Young has just joined the Cumbrian major crimes team when a body is found posed in a ritualistic manner - arms spread and graceful wings attached - at a crumbling castle in the hills of the Lake District.

The entire police force are on red alert. But Beth begins to feel she’s the only one who can follow the disturbing clues left by the twisted killer. Because she doesn’t think like everyone else. To Beth, crimes are puzzles she can solve. Even if real life is a little harder.

As more bodies are discovered in derelict stately homes across the Lake District, she knows she’s in a race against time.

But the killer is looking for another victim to add to his collection…Will Beth be able to save her? Or will he get there first?

A tenacious young detective with scars both physical and emotional, Beth Young will stop at nothing in her fight for justice for the innocent. The Silent Dead is the first book in the series. Set in the Lake District, it is perfect for fans of Joy Ellis, LJ Ross, and Peter James.

"Every now and again something stunning comes along, and now is that time… Not only is the story original, and compelling, but the main character is one of the best fictional Police Detectives I’ve had the pleasure to be introduced to… A great book, just stunning." (Nigel Adams Bookworm, 5 stars)

"Graham Smith is excellent at creating characters which lead the reader to make assumptions about them before he picks away and slowly reveals what lies... A great start to what promises to be an exciting new series." (Chapter in my Life)

What listeners say about Death in the Lakes

Once again I ended up listening to this on audio after starting to read the book! You would think it would be the other way around eh?! unfortunately for me life got in the way and I really wanted to finish the book!

Death in the Lakes is the first book in the Detective Beth young series and what a corker it is when we follow Beth on a case for a twisted killer. This killer is well twisted to say the least. Being a fan of Graham Smith he doesn’t disappoint when it comes to the gruesome side of things with parts. And listening to it on audio…..OMG it made it sound even darker….I flipping loved it.

I love the fact that the author (being male) has wrote a female character. This always fascinates me, especially when the author does a brilliant job of bringing all the emotions out which brings the character to life….. like Graham has done with Beth. Personally I think she is great and I am looking forward to learning more about her in the next book.

I must mention that I really enjoyed the audio of this and the narrator Madeleine Gould has done a fabulous job telling this story, so fabulous I have downloaded the second audio in the series A Body in the Lakes.

This is a unputdownable read which I highly recommend.

This is definitely the worst audible book ever - the author is so patronising, the storyline bizarre and the characters unreal. Will never read this author again.

A reluctant 4 at best, this poor book is almost swept away by the
continual childish interior monologue of Beth. the Cop. She seems to be so new to police work I wondered if she were working on getting the Girl Scout Nancy Drew badge. The story line is outlandish but the book is OK. There is hope for our author!