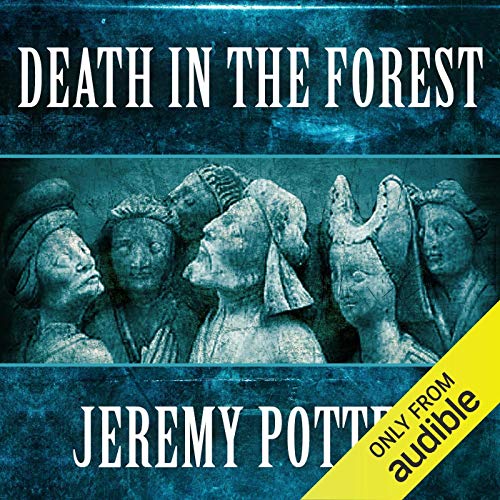 Death in the Forest

Death in the Forest

Death in the Forest is a crime novel with an historical background. It is set in England in the years following the Norman conquest.

To make his New Forest a hunting preserve, William the Conqueror destroyed churches and villages, and it was believed that in revenge the forest would prove fatal to his sons. This is the story of their deaths - and of what lay behind them.

The story's heroine is Edith, a princess of Scotland and descendant of the Saxon kings of England. She lives in a nunnery at Romsey, between the forest and Winchester, the ancient capital of Wessex. Yearning to rescue England from the Normans, she is far from reconciled to spending her life immured as a nun. But although sent to Romsey to be secluded from the world, Edith is not sheltered from intrigue and violent death - or even from the opportunity of becoming queen. On her very first day four lords come to view her beauty and one of them is murdered. Who is the murderer? And what will be the effect on the succession to England and Normandy? Edith is determined to find out.

The famous figures of the 11th century are portrayed here. Edith, known to history as the Rose of Romsey, meets all the Conqueror's quarrelsome sons, his diminutive but formidable queen and even the awesome Conqueror himself. She visits Edward the Confessor's widow and is herself visited by Archbishop Anselm, companion of popes and scourge of kings. The abbess, who is her aunt, and Father Edmund, her confessor, form part of the intrigue which Edith seeks to unravel.

About the author: Jeremy Potter served the Richard III Society as Chairman from 1971 to 1989. During his chairmanship, the Society launched several important initiatives, including the commissioning of a heroic statue of Richard III (on display in Castle Gardens, Leicester), the securing of royal patronage from H.R.H. Richard Duke of Gloucester, and the broadcast of a trial of Richard III, with Lord Elwyn-Jones, former Lord Chancellor, presiding. During his tenure, the Society also became active in sponsoring the publication of 15th-century source documents and works of current scholarship on the period. It also created the Richard III and Yorkist History Trust, which provides financial support for graduate study and publishing. Potter was elected President of the Society at its Annual General Meeting in London, October 4, 1997.