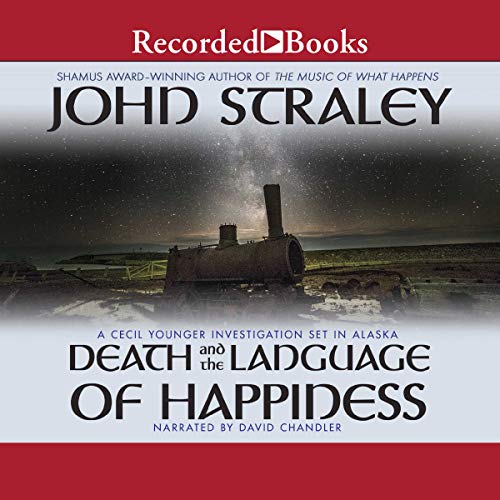 Death and the Language of Happiness

By: John Straley
Narrated by: David Chandler
Try for £0.00

Cecil Younger is a man who takes comfort in the absurdity of the universe, and the universe is obliging him when he gets a call from his lawyer and psychiatrist, who offers him a job. A client wants to hire Younger to kill someone. Though common sense tells him murder just isn't a good career move, his finances tell him it can't hurt to meet his potential client, hoping he can succeed in appeasing him - without a dead body.

Joined by the usual cast of misfits - his lawyer/psychiatrist, Dickie Stein, his girlfriend, Jane Marie, and his ward, Todd - Cecil investigates a murder that brings him back to the Centralia Massacre of 1919, an event in Alaskan history that seems to still be reaching into the present - and its dark, chilly grasp may extend to Cecil himself.

What listeners say about Death and the Language of Happiness

another good book in the series or standalone

John straley once again leaves a great plot and educates us on some of the history of the labor movement in the Pacific North West. it's amazing how many of the issues are still prevalent even 30 ish years after this book was written. it's always worth a read and a listen to take a trip back to this wonderful area in the Pacific Northwest in Alaska.