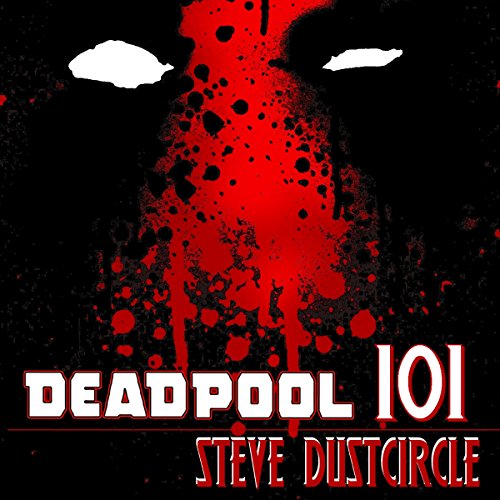 By: Steve Dustcircle
Narrated by: C.J. McAllister
Try for £0.00

This is an introduction to the Marvel Comic's character, Deadpool. A brief history, this book includes some rare detail and trivia. A must for anyone interested in Deadpool, whether you are a newbie or a seasoned fan. Deadpool has appeared in over 7,000 comic books, yet still is quite an unknown character. While he might have a cult following, his presence is only seen here and there in the comic book realm. Starting as a villain, Deadpool developed into a wise-cracking vigilante, mostly working as a mercenary. This book is an introduction into the history and presence of Wade Wilson, also known as the Merc with a Mouth, better known as Deadpool.

What listeners say about Deadpool 101

Nothing much here for deadpool fans. If you know anything about the character, you'll likely get nothing out of this other than the minor thrill of just listening to someone talk about deadpool.

Grievously short already, this audio is composed only a fraction by a (shallow) study of the character; great length is wasted to simply list the comic titles he appears in as well as a recommended shortlist. Further diluting the density of time spent discussing the titular character, and of only cursory interest and unsurprising facts, is an overwrought biography of each of DP's two creators...and a list of their other works.

Achieving only the satisfaction of certain trivial curiosity, this audio delivers only 10 or 15 minutes of actual deadpool content, of which I can't imagine that anyone searching for or purchasing this audio didn't already know. As this title itself points out, 'pool has "a cult following," thus, in hindsight, "Deadpool 101" seems a doomed enterprise from the start. An impulse purchase I already regret, even at ~$2.75.

I love Deadpool, but the narrator's droning voice takes away from the story. He sounds so bored.