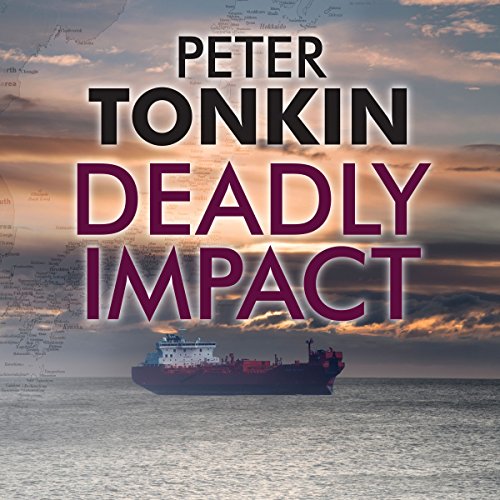 The first vessel of this size to sail without a crew, she is programmed to dock automatically in Japan. Her cargo has the potential of 55 atom bombs, which will power the construction of the floating city of Kujukuri 35 miles west of Tokyo.

But four days before docking, a group of pirates goes aboard, breaks into her secure areas, hacks her computers and takes control.

Richard Mariner has 99 hours to assemble a team and retake Sayonara in an increasingly desperate, danger-filled race against time to save his ship, protect his company and safeguard one of the most densely populated areas on Earth.

What listeners say about Deadly Impact