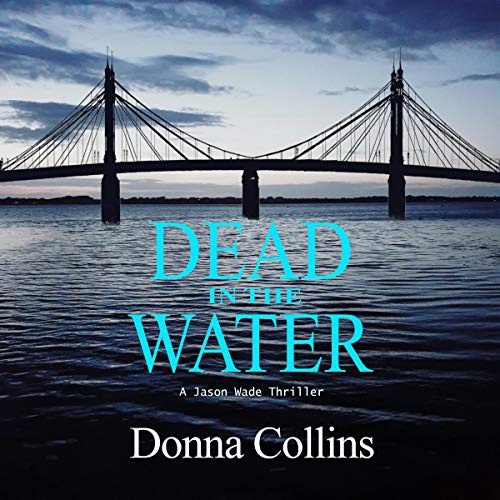 Dead in the Water

Jason Wade is an East End boxer-turned-police crime scene investigator. He likes his job, has a good circle of friends, and is never short of female admirers. But although on the outside his life looks an enviable one, behind closed doors, he has more than one secret hidden away.

When a female body is dragged from the Thames, the skeletons from Jason's past quickly begin to resurface, and his near-perfect life slowly begins to spiral out of control. But when a second victim is pulled from the Thames with amnesia, Jason questions if the two accidents are related to each other.

With none of his colleagues believing there is a link between the two incidences and ordered to stay away from the case by his boss, will investigating these seemingly unrelated cases lead Jason to his own downfall? And how many of his friends will he take with him?

What listeners say about Dead in the Water

Really enjoyed this book. The characters come to life and the story is very well written. The narrator makes it really easy to listen to

I really enjoyed listening to John P Gowing, perfect for this great thriller.


This is a fast paced mystery with a lot of emotion and twists and turns. Jason Wade is a man on a mission and doesn’t let anything stop him.

A girl who was pulled from the river. Suspense, mystery, and twisted thrill rides into the unknown.

I enjoyed the action and drama. Great storyline.

This was an interesting listen. The story is quite good and moves along at a good pace, although there are a couple of illogicalities in the plot which spoilt it a little. I won't write a spoiler here. I did have some issues with the narration though. There was not nearly enough distinction between the various characters' voices, so it was difficult at times to know who was supposed to be speaking. And the narrator definitely needs to work on his Scottish accent, which sort of occasionally came and went as Tav was speaking. No accent is better than half an accent. I thought the ending was a bit of an anti-climax - whether the author is saving it for a sequel, I'm not sure. One question also remains unanswered - what happened when Jason went home and went into the bathroom?

This is not usually the genre of book I listen to but I enjoyed 2 of Donna’s other audiobooks so much I gave it a go. I was pleasantly surprised I enjoyed it as much as I did . Jason Wade used to be a pro boxer now he’s a CSI for the police . He’s getting over the death of his Sister when another girl is pulled from the river with amnesia and Jason starts wondering if they are linked. Jason looks into the case and it fast begins to take over his life. I enjoyed the narration by John P Gowing .


I was given this free review copy audiobook at my request and have voluntarily left this review. & It’s really a good one.

This is a fast paced thriller with plenty of action, intrigue and mystery. Jason, the main character, is a bit of a maverick with a mission concerning his sister's death and when a woman was almost killed in what he sees as similar circumstances, he can't help investigating despite nobody else believing in him. The story moves along at a good pace and keeps the reader hooked. I'll certainly be looking out for the next book in the series.

I listened to this as an audiobook and I have to drop a star for the performance as while the narrator did an ok job, it was, for the large part, read in almost a monotone with little inflection in some of the conversations. There were multiple places where the reader/listener would assume the conversation was heated, loud and angry but was read as though they were discussing whether to have tea or coffee or what flavour pizza to order.

I received a free copy of this audiobook either from the author and am voluntarily writing an honest and unbiased review.

Edge of your seat thriller.

I was completely hooked from the outset.
This is a fast paced, egde of your seat crime thriller, pleanty of twists and turns. the characters are perfectly suited to this story. there's a great real feel to it. I was taken on a journey filled with a vast array of emotions, anger and excitement. its creatively written and well thought out.
The narration is spot on, capturing the essence of the thriller.
I would definitely recommend this book to anyone.

I thoroughly enjoyed this book. I loved the London setting - very recognisable. An exciting story. The narrator clearly has a fondness for London and was totally the right person for the job. His characterisations were excellent. I recommend this book by this narrator.

Found it difficult to enjoy this book as the narrator has a very monotone voice with a hideous Scottish accent (at least I think it was Scottish!)
Story wasn’t too bad but had a really weak ending which was more to do with leaving it open for book 2.

this is great story in the life of a detective. very enjoyable right to the end I loved this book..Donna Collins does it yet again!! great job!

Dead in the Water by Donna Collins is an engaging, fast paced mystery with a lot of emotion and twists and turns. Jason Wade is a man on a mission and doesn’t let anything stop him. The other characters are also well developed and I hope there are more in the series. John P. Gowing does a good job narrating the story.

After a slow start this story had me gripped to find out what was going to happen to the girl who was pulled from the river.
Well narrated

This was very suspenseful. The last half of the story my heart was in my throat. I hoped against hope. I'm a romantic and would have liked the couple to reunite at the end. I enjoyed the action and drama. Great storyline. I voluntarily listened to a free copy of this and am giving an honest review . The narrator did a great job bringing it to life.

Dead in the Water is a well written suspenseful thriller that had me throughly engaged from the very beginning until the end. The storyline is very detailed orientated and engaging I loved how it started with one death that lead into the main storyline. I highly recommend this book to anyone who loves suspense, mystery, and twisted thrill rides into the unknown.

I received this audiobook book for free and it has no bearing on my honest unbiased review. Don't miss out on this book.

Narrator did a great job keeping me engaged in the story. Story was a very interesting and enjoyed listening to it.

Story grabbed me from the beginning until the end. Sending to hubby to listen too.

Left me on the edge of my seat!

Lots of action and great descriptions corporation all the senses. John Gowing did a great job with reading.