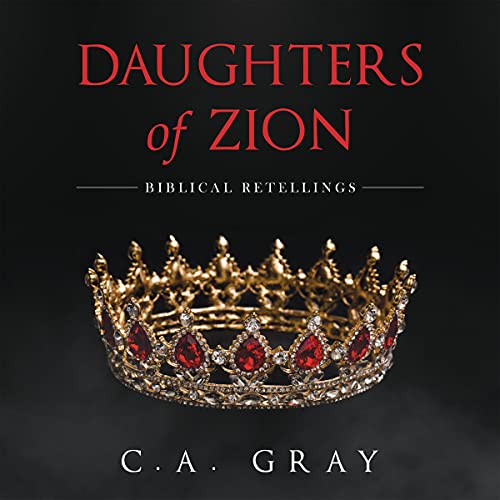 Have you ever wondered what it was like for Eve to be the first woman, created as an adult but with the mind of a child? What must it have been like for Deborah to be the only female judge in Israel’s history? Ever considered how Esther felt about being chosen as queen in the ungodly kingdom of Persia - particularly when she’d have to share her husband with a harem? What must Mary and Martha have thought when their brother Lazarus had died, and it looked to them like Jesus was not coming?

This collection of retellings from the perspectives of women in scripture explores these stories and more, including a few stories from female perspectives that also appear in Messiah: Biblical Retellings. While all of these women lived in various patriarchal cultures, and some of the most prominent women were even Gentiles, scripture shows that God cherished them all. As the Apostle Paul writes, “There is neither Jew nor Greek, slave nor free, male nor female, for you are all one in Christ Jesus” (Galatians 3:28) - and this was true for believing women under the old covenant as well, whose faith was counted to them as righteousness.

These are tales of miracles and victory: from brokenness, bitterness and envy to shalom: peace and wholeness, with nothing missing and nothing broken. For some, this meant a transition from barrenness to motherhood; for others, from widowhood to love and belonging. Still others went from bereavement to receiving their dead restored to life again. They included judges and queens, and also prostitutes and despised foreigners. God is no respecter of persons (Romans 2:11, Acts 10:25): What he does for one, he will do for all who believe in his promises.

What listeners say about Daughters of Zion

Women of the Bible

At first I was skeptical and anticipated a deviation from the scripture. However the author did a terrific job in maintaining the integrity of the scriptures while crafting a story for each woman appropriate for the time.

I would definitely recommend this book.

She made the stories come alive with the retelling.

She did a wonderful job.
My wife and I enjoyed it very much. I will listen to this again and I recommend everyone to listen to it.