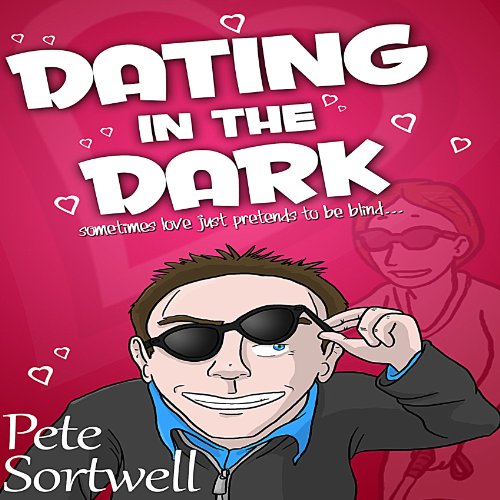 Jason is single and has been for all of his 32 years. It's depressing. But not as depressing as being told by his mother that he looks like Humpty Dumpty - after the accident. With a face that not even his own mother can love, it's hardly surprising that he'll try anything to get a woman to go out with him, even if it's only for a single date. With little interest in anything other than his quest for a woman and a nice bit of cod and chips, Jason needs to think outside the box if he's going to find someone who'll give him a chance.

Along with Barry - his best mate - Jason comes up with the only thing he thinks will work: dating a blind woman. However, to do that, he needs to pretend he's blind himself, which is a lot harder than you might think…especially when guide dogs are so hard to come by. Eventually Jason's efforts pay off and he meets Emma, a pretty professional with a host of friends. When he takes her out, they instantly hit it off. But will Jason be able to fool both Emma and her best friend Jerry into thinking he's blind? With everything to play for, Jason faces the biggest challenge of his life, and nobody - especially not him - can see how it'll all turn out.

What listeners say about Dating in the Dark

I read this after Bride and Gloom! However, it was actually really lovely to read (listen) to how they met. Once again, I was laughing out loud! Hilarious! I'm loving Pete Sortwell! Easy, fun stories that whether you're a man or woman totally relatable! LOVE!

Well I didn't see that coming.

This book had me laughing the whole way through. Jason isn't the typical leading man. He's not tall, dark or handsome. At the beginning of the story I didn't really like him, he came off as a real jerk. As the story progresses his character developed and I began hoping everything would work out for him. I loved how the story ended, much better than how I expected it to.

I listened to the audiobook edition which I received in exchange for an honest review. The narrator portrayed the characters and the dry British humour really well. He spoke clearly and at a good pace. This was the first book I have read by the author and I definitely plan to read more. Actually, I'm already listening to the sequel.

Dating in the Dark was incredibly entertaining and fun. This was a non-stop listen for me. The characters are fantastic. Jason, the protagonist thinks he's ugly so on his quest in finding someone to date, he goes to a dating service, speed dating, and an internet dating site before deciding his best option is to date a blind girl. Not only is this audiobook laugh-out-loud funny, it's also really cute. It's Original. And it builds and grows on you rather quickly.

Jason creates a whole fake persona of being blind when he meets Emma, then has to follow up with his charade right down to making up having a service dog. He also loves fish and chips. His best friend Barry is a great character with a funny accent who tries to steer him away from doing this. Then there's the Russian cab driver who's also incredibly funny. And Jerry, Emma's flamboyant friend, and Emma. Emma is a sweetheart through and through.

I loved this audiobook. It was cute, funny, and sincere. I would definitely recommend listening to this one. It was a nice surprise and a true gem. I can't wait to listen to more.

Chris Dabbs does a fantastic job narrating this book. He has a wonderful range of voices and accents. He's a natural with a steady pace and good control. He's easy to understand and will have you laughing and smiling continuously. I love British humor and he delivers it wonderfully.

Audiobook received in exchange for an unbiased review.


I really like this audiobook. It was entertaining , funny, and I laugh out loud. I would definitely recommend listening to this one. It was a nice surprise.

Would you consider the audio edition of Dating in the Dark to be better than the print version?

I have only listened to the Audio book( and not read the actual book) and found it a cool way to "read" the book. Pretty enjoyable actually as I have never listened to an audio book before.
Poor Jason has a one tracked mind.....cod and sex......you guess what was more on his mind!

My favorite scene was with Emma and him pretending to be blind.

Who was the most memorable character of Dating in the Dark and why?

I liked Boris the taxi driver, he was a rather lonely fellow and finally made a friend in Jason.

Chris's voice was comfortable to listen to. I found I enjoyed listening as I was able to do other things.
A very funny book, I like Pete's humor. I recommend this audio book.

Where does Dating in the Dark rank among all the audiobooks you’ve listened to so far?

So much better than most, and solidly on par with the ones that I enjoy wholeheartedly.

What other book might you compare Dating in the Dark to and why?

Can't think of a good book comparison, but it's as though Michael Scott (from The Office) were to suddenly find himself the protagonist in a British love story. And his best friend is a Nick Frost character.

Have you listened to any of Chris Dabbs’s other performances before? How does this one compare?

I'm the reader, not a writer. I am not good at stuff like this.

Being blind myself, I was a bit apprehensive about reading this book but I was also intrigued. I like the way the blind were portrayed in this book. Good job! I would recommend it to my other fellow visually impaired friends.

Yes,a younger friend who may be in the dating pool...or fresh out of it

The premise sounds funny.A guy wants a blind girl so he pretends to be blind....hijinks ensue!I did get a few chuckles and I'm sure that people younger than me would relate more to the dating scene.
GREAT narration thanks to Chris Dabbs!

If you could sum up Dating in the Dark in three words, what would they be?

Funny and real. Sortwell's humor is showcased in this oddball, unconventional romance.

What was one of the most memorable moments of Dating in the Dark?

Pretty much any scene with Boris, also the ending surprised the heck out of me!

Have you listened to any of Chris Dabbs’s other performances before? How does this one compare?

Yes, the Village Idiot Reviews, which was just hilarious! This was a little bit deeper social discussion, yet just as quirky and hilarious as the VIR.

Yes! Luckily it wasn't too long, so we were able to listen during two sessions of our weekend commute.

Just that anyone who has ever struggled with he dating scene should read this. You couldn't possibly have ever been this desperate! If you have, you should write a book about it!

This book had me laughing my butt off! A comedy that is so off the wall, it's genius and hilarious!

This book is about a guy who is short and ugly. He has a really hard time finding a date, so he got an idea. He decides to use the dating service for the disabled. Maybe he can find a blind girl who will date him. He doesn't think this thru before meeting his date though. When he signs up, he pretends he is blind too. How would she be able to tell he isn't if she can't see? DOH!!!

The author Pete Sortwell is genius in this book. What a concept! He had me laughing my butt off at times and shaking my head at others. The narrator, Chris Dabbs did a good job delivering this story and all it's lines to us. He read this book in such a way that it only made things funnier!

It's As The Title Says! *Funny, Read/Review

What was one of the most memorable moments of Dating in the Dark?

-
When I saw the title and the book jacket I wasn't sure what to expect. I've never listened to this narrator for rent this author before. It turns out that Dating in the Dark is literally what the book is about.

30 year old , vertically challenged man is seeking a date. He's no prize to look at-almost anyone will do, he tried speed dating (no one even responded) dating friends friends, etc. but has NO LUCK. So he signs up with an agency focused on dating for the disabled. He decides that he's short - a "disability" sorta, but buys a pair a dark glasses.

He meets a lovely lady who is blind and is interested in a date with him. After ONE date he really thinks this could go somewhere. However he is stuck in his "lie" of not been disabled. So a challenging set of events occur as he tells his friends and they tried to help him come clean. That while he is vertically challenged, he is NOT blind.

It was charming, fun and light without being too girly. I think a guy would like listening to this for the banter and the challenge, as well.

The narrator was very good. Perfect for the material written.

Credit worthy/$:* I was fortunate enough to have been offered the book in exchange for my review* which you are now reading.

If you found this review helpful, please take a moment to select yes below. Thanks!