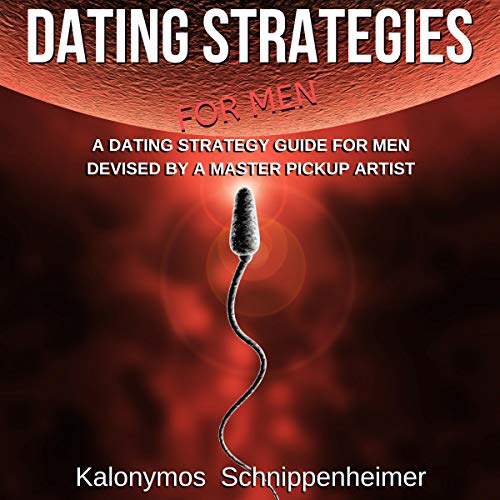 This audiobook contains adult content and is therefore for mature listeners who are legally able to consume adult content.

Whether it’s the first time you’ve scheduled a date and you don’t know what to do, or you been on hundreds of dates, and every one of them failed, this guide will give you the strategies you need in order to run spectacular dates.

A lot of men think of dating as being a very simple, straightforward process, where you just ask a woman you like out, take her to some very fancy, very impressive restaurant where you eat some fine, ultra-expensive delicacy, and then magically whisk her away to your secret lair where naughty things happen. However, if you’ve been on many dates, you’ll know that it never really seems to go like that at all. Sure some dates might go like that, but if that’s your entire dating strategy, then it’s no wonder why your dates fail.

And the truth of the matter is that every time you take a woman out on a date and it goes poorly, you’ll probably never hear from that woman ever again. Thus, if you really like that woman you’ve asked out on a date, then you owe it to her to ensure that the date goes well. Because if it doesn’t go well, it’s not her fault, it’s entirely your fault! But don’t be so hard on yourself. Many guys fail in this department. Many guys take women out on dates with certain expectations, and then kick themselves later when things don’t go as they had planned. And then they wonder, "what went wrong?"

In reality, many guys have to run many many many dates before they are able to figure out what they’ve been doing wrong, and eventually finally figure out how to run things right. However, do you really want to sacrifice so many girls that you like so that you can figure it out? Why not just get your dates right from the start? Well, not to worry, because we’re going to show you how. So that you can be that guy who runs amazing dates!

What listeners say about Dating Strategies for Men

I was wondering how exactly I should run my dates, and this audio book seems to have solved that issue for me! Highly recommended!

I really dig this dating guide. I've had a lot of dates go bad recently and this guide put into perspective exactly where I was going wrong! Recommended!

Teaches you how to properly run dates

I thought this was going to give me some dating ideas, but this book goes well above and beyond that and tells you how to properly run dates.

This book presents a lot of good advice when it comes to dating, most won't take the advice given here, but I will. Probably the only dating book I'll ever need!