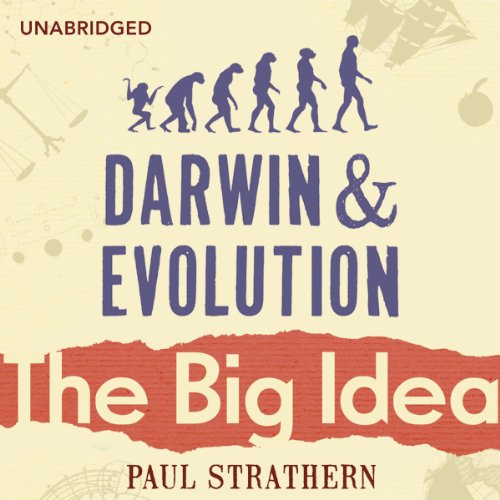 Darwin and Evolution: The Big Idea

At a moment of great discovery, one Big Idea can change the world...When it was first published, Charles Darwin's theory of evolution, with its now commonplace central idea of 'natural selection', scandalised the world. But in the context of modern times, how do we grasp just how original and daring it was in 1859?

Darwin & Evolution is a riveting look into the life of Charles Darwin and his reluctant rise from being a quiet and eccentric bug enthusiast to one of the greatest scientists of all time. Darwin's Big Idea is explained in a straightforward and gripping style, providing an account of the importance of his groundbreaking voyage on HMS Beagle, and the implications of his revolutionary concept of evolution. The Big Idea series is a fascinating look at the greatest advances in our scientific history, and at the men and women who made these fundamental breakthroughs.

What listeners say about Darwin and Evolution: The Big Idea