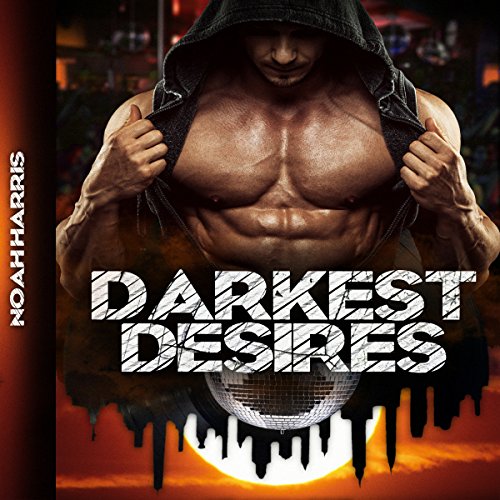 By: Noah Harris
Narrated by: Richard L. Walton
Try for £0.00

New York City, 1977 Disco. Gay liberation. The Son of Sam. Urban blight. It was a wild time in a wild city, and no one wanted to get wilder than a young man from a hick town in Missouri. Fresh out of high school, Richard Miller has come to the Big Apple to take a big bite of forbidden fruit. But among the dark corners of the city's cruising scene stalks an ancient evil. It is hungry for virgin male flesh, and it knows just how to tempt a young man eager for thrills and new experiences. As Richard learns, this temptation threatens his new community, and even the city itself.

What listeners say about Darkest Desires: City of Sinners, Volume 1

The narrator did a poor job. Hearing him flipping pages was the worst! The voice is bearable at 1.5 speed. I actually liked the story very much. Its different and I was intrigued enough to finish the book.

This book by Noah Harris is a little darker but still amazing in it's own way. New in new york he wants to experience everything he could not in is home town. New friendship, new job and a cult in the mix that hes not even aware.... The narrator does a great job also.

This is a great start to this dark series. Noah Harris does a great job and I just couldn't stop listening. Then for Richard L. Walton to bring this story to life. Just pulls me more into the story.

Thank you for the ARC

Thank you for the ARC audio, I voluntarily give this book an honest review. Richard went to new York with eyes full of wanderlust and aww. Being a eighteen years old guy boy in the 70s was still on the down low. Making friends with a you guy Theron. Meeting a photographer who had place a ad for male models. He was lead to be a willing sacrifice to a demon. Will Richard go willing to the demon as his slave or will he come to his senses before it's to late?
The narrator did amazing job of bring Richard and everyone .


Narration of the story is done by Richard L Walton. I felt the voice fit the story well and helped me get lost in the journey the author was taking me on. The characters came to life. Great job!