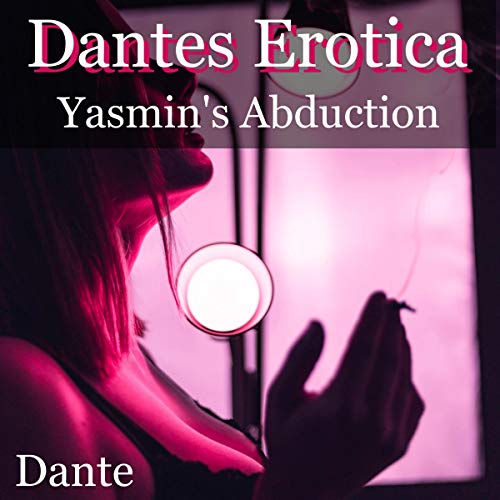 This is a story in it's own right but also continuation of the story from; Steppingley Manor which is the first book in the series. Dantes Erotica - Private Members Club - is the follow up book. Dantes Erotica - Yasmin's Abduction - is this book.

A brief recap of the story, Marcus and Vicky met Damian at a club in a Fetish club. Damian fancied Vicky, inviting them both, to join his private member’s club.

This is a sample excerpt.

A shy Spanish young couple had caught Vicky's eye, they were wandering around but only watching the action and not getting involved with anyone. But Vicky was feeling so turned on with everything going on around them, she wanted to see Marcus playing with another girl again, so started to talk to them. They were both early twenties, quite shy and spoke very little English.

Marcus asked their names, "We Mariana and Vicente we come because...Roberto... he my friend."

"Nice to meet you...We're Vicky and Marcus. Can we sit on that sofa with you...?" Vicky asked and sat next to Mariana.

They started chatting and it turned out, that it was their very first swingers party and although wanted to try some soft play, they were too scared to let anyone get close.

Definitely not what I was expecting.

When I think of erotica, I think of being turned on and wanting to take my husband to the bedroom, this book was definately that.

Very exciting to say the least

I liked the range of storytelling involved showing that there is not one position or style involved. I also appreciated the fact that Yasmin attempted to balance out the book by including women as well as men in her adventures. All in all a good anthology with some surprises like being abducted by rich Arabs and rescued by an SAS team.

I bought it because of the reviews and read it that way too because it is so indulgent and kind of silly. But it was actually really quite satisfying.

I will be looking for this author again.

I liked the story line and the writing style. Each character’s thoughts and views are explored, which allows the reader to understand and relate to how an abduction affects them. I read it expecting to not like it, but I did. The plot was interesting and I was saddened when Yasmin was taken, but I think the book was good,

Let me just say that there were some good scenes in this book. Definitely not great, but very good. With that being said , the overall rating I gave this book is 4 stars because the good outweighed the bad.

this is for you.


Since I don't normally write reviews unless I have something specific to say, here's what I have to say.

Brilliant plot of initiation and exploration.

This is a brilliant story.

A good story and an interesting situation.

I’m pleased but surprised that amazon allowed you to publish…. with the hint of “pet love !”

Love to hear about the “special parties ” next. Keep up the great work. this is superb.

Read your story “Yasmins Abduction”, last night. Wow………….fucking awesome. My kind of entertainment…Really that is awesome for everyone.

Great experience so far, thanks for sharing! When you doing the next one?this is the best book.


Glad to hear it want to hear more please you are a great writer.this is the amazing book.

Great story and hope you write part 4 so we can see what happens to Yasmin. Just a suggestion also I would love to see her shaved and not let hubby know for a few days letting him think she is on her period.

Making me edit for the next book…,*grumble grimble* Lol good job .thanks author. i love this book.