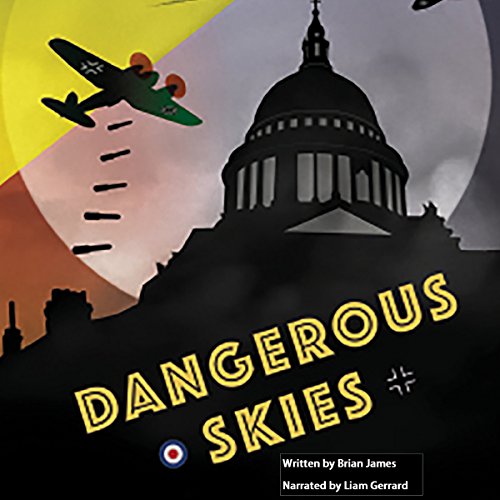 It's the height of the Blitz. Night after night, waves of German bombers pound London streets determined to bring the city to its knees.

As the air-raid sirens wail, Alan and his best mates, Tommy and Wilkie, skip school to play among the bombed out homes of their neighbors. They are soon sucked into a gang of looters run by infamous Duggie, but the police are on their tail and catching up quickly. Even if they escape, they could still fall victim to the dangerous skies above them.

This thrilling story, based on the author's own experiences growing up during the Blitz, is an antidote to nostalgia. It shows the terrors of the Blitz and how war brings out both the best and the worst in adults and children alike.

Appropriate for schools and Keystage two.

What listeners say about Dangerous Skies