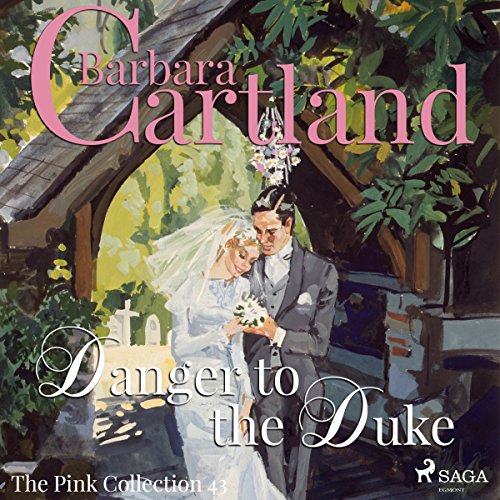 Danger to the Duke

Major Michael Moore has been playing a very dangerous part in the Great Game in India where he foils a plot to kill the Viceroy who tells Michael he is now a marked man and that he must return to England immediately.

To his astonishment on his way home he reads in a newspaper that following the death of his grandfather he has become the Duke of Grangemoore. When he reaches England he decides he will not announce his arrival to the family Solicitors as he wishes to visit Grangemoore Hall under another name to see for himself what the situation is before he takes up his new position as Duke.

While he is driving there he is stopped in the countryside by a beautiful young girl who begs him frantically to save her. Adela is running away from her stepmother and she is so persistent that Michael agrees to take her with him. When Adela and Michael arrive in disguise he discovers an appalling situation because a distant cousin has taken over the house and filled it with his friends who are nothing but drunken criminals.

How Michael is saved by Adela from a horrible death and how they both escape and find happiness is told in this exciting romance by BARBARA CARTLAND.

Between the ages of 77 and 97 she increased her output and wrote an incredible 400 romances as the demand for her romances was so strong all over the world. She wrote her last book at the age of 97 and it was entitled, perhaps prophetically, "The Way to Heaven". Her books have always been immensely popular in the United States where in 1976 her current books were at numbers 1 & 2 in the B. Dalton bestsellers list, a feat never achieved before or since by any author.

What listeners say about Danger to the Duke

The story is exactly what you'd expect from BC, but the audiobook is terrible. The chapters are all jumbled up: several are missing from the beginning of the book and then appear randomly towards the end.

A complete failure to edit competently

I love to listen to Anthony Wren narrate these stories but as all the chapters in this particular book appear to be mixed up this was very disappointing.

the editing is a complete disaster. it jumps from one part of the story to the beginning mid sentence. this book needs taking down and re-edit

First time I heard a audio book where the chapters or pieces are not in order. very confusing. Not eligible to change either.

I love Barbara Cartland and this story is no exception. The audio book, however, disappointed me. It skipped parts which showed up in random places throughout the narration. The end of chapter 1 and beginning of chapter 2 were at the end of the narration as one example. There was even a short excerpt from a different story. I have several of these audio books, but this is the only one I have had an issue with.

I'm not sure if it is a continued story or what, but the beginning was at the end. it was confusing.

Chapters are jumbled out of Order.

The premise of the story, is an interesting and unusual variation of the Barbara Cartland themes. But, owing to the juxtaposition of the chapters, at first I thought the main male character was having flashbacks. It was when the Audio book ended on Chapter 2, that I said, but Dame Barbara Cartland does not write cliffhangers.
We as Readers spend hard earned money on these books. For the interest and enjoyment of the Readers and the reputation/ legacy of the author, please fix this Audiobook.
Thanks in advance.