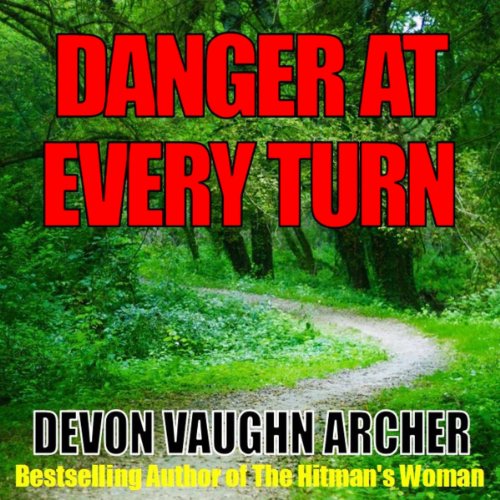 Danger at Every Turn

When retired FBI forensic psychologist Spencer Berry and his dog break up a scuffle between gang members, in the process of chasing one with a gun, they end up discovering the nude remains of a young woman partially submerged in a creek behind the home of police spokeswoman Deidre Lawrence.

The deceased appears to be the victim of the Park Killer, a serial murderer terrorizing Sinclair Heights, Oregon over the past three years. Divorced and haunted by the death of his twin brother, Wesley, Spencer had been content to play the field, spend time with his daughter, Charity, and teach psychology at the local university. But an instant attraction to Deidre changes all that as their troubled pasts give way to chemistry and pent up passions.

Deidre had been plagued by nightmares ever since her husband, Marshall, and son, Adam, were killed by a carjacker three years ago She recently moved to Sinclair Heights from Houston in hopes of a making a new life for herself. In spite of initial reservations, Deidre finds herself drawn to Spencer Berry as someone she could have a real future with, assuming they can get past disturbing events that threatened to come between them.

Interfering with their burgeoning romance is a stalker and serial killer, each with a different sinister agenda, putting both Deidre and Spencer's life in danger.

What listeners say about Danger at Every Turn

The narrator didn't provide enough tension in the story. There was a shooting and a murder but I did not get a sense of the danger listening to the narrator......or maybe it was just the story. I think this is better read then listened to. I was hoping for a good mystery but I couldn't get past the first few chapters.

So the book was good...but SERIOUSLY, was there a prize for using "lascivious" 5+ times?!

Good story line the ending was a bit corny for me though. It had me on the edge of my day the whole book and it just seems that the writer lost the creative edge that was there the whole book. Good read overall.

I really enjoyed this book. This is the first book from this author. Well written, Well narrated. I can’t fault the story. It was full of suspense. It kept me guessing. Characters are well developed. The story flowed. It kept me on edge when the killer set his sights on the next victim. I felt like shouting out to warn them! I will definitely try more books from this author and narrator.