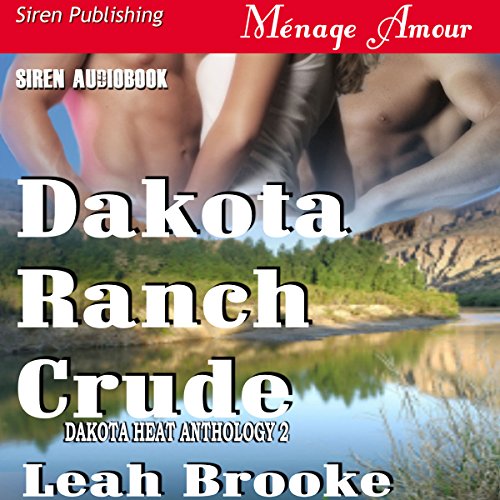 When Samantha Cross goes to her brother's employers to ask for help, she had no idea that it would change her life forever. To repay their debt, they both have to live and work at the Dakota Ranch for one year. Samantha has no option but to accept.

Her brother's employers, Shayne and Jackson Montgomery, are not what she expected. Jackson, the younger brother is too handsome and charming to resist, especially when he sets his sights on her. He wants her to share her life with not only him, but his older brother, Shayne.

She realizes that the only way is to show Shayne he's not the crude animal he's become convinced he is.

Shayne is hard headed and won't believe it, convinced that he would only hurt her. Can Samantha convince this tender giant that he and his brother are perfect for her?

Not worth the credit. I don't like to speak bad about the narrators but she did not do a good job at all.

Loved the story hated the Narrator

Yes because I did love the book and Leah Brooke

The way she read was dull, lifeless and didn't reflect the book very well

Do you think Dakota Ranch Crude needs a follow-up book? Why or why not?

Yes but with a different narrator

If this does get redone with another person reading for it can I try it?