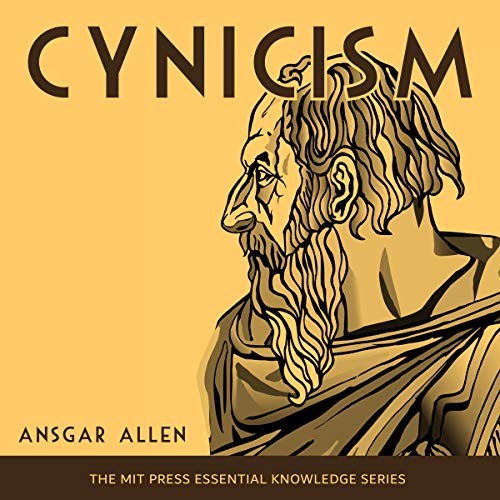 Everyone's a cynic, yet few will admit it. Today's cynics excuse themselves half-heartedly - "I hate to be a cynic, but...." - before making their pronouncements. Narrowly opportunistic, always on the take, contemporary cynicism has nothing positive to contribute. The Cynicism of the ancient Greeks, however, was very different. Bold and shameless, it was committed to transforming the values on which civilization depends. In this volume of the MIT Press Essential Knowledge series, Ansgar Allen charts the long history of cynicism, from the "fearless speech" of Greek Cynics in the fourth century BCE to the contemporary cynic's lack of social and political convictions.

Allen describes ancient Cynicism as an improvised philosophy and a way of life disposed to scandalize contemporaries, subjecting their cultural commitments to derision. He chronicles the subsequent "purification" of Cynicism by the Stoics; Renaissance and Enlightenment appropriations of Cynicism; and the transition from Cynicism (the philosophy) to cynicism (the modern attitude), exploring contemporary cynicism from the perspectives of its leftist, liberal, and conservative critics. Finally, he considers the possibility of a radical cynicism that admits and affirms the danger it poses to contemporary society.

What listeners say about Cynicism