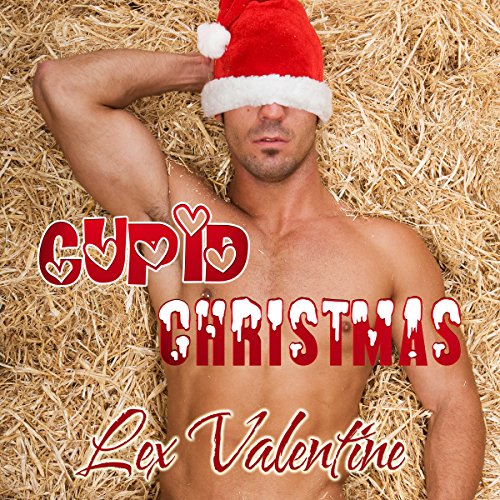 It's another Christmas at Forbes Ranch and this year the family is playing Cupid with Grayson and Jared's best friend Steve Yarrow. Years before, Steve's heart was broken by the love of his life Dalton Emory who left him to further his career by marrying a woman with a rich daddy. Now, divorced, outed and publicly humiliated, Dalton is trying to build a business and keep a low profile. He doesn't believe he deserves a second chance with Steve after the way he hurt him. However, Dalton didn't reckon with his former lover's interfering friends, the depth of Steve's love nor the forgiveness the spirit of Christmas can offer. Can one lonely, broken cowboy forgive himself and accept the love that has always belonged to him? And will the Forbes tradition of Christmas Eve happily ever afters give Steve and Dalton the future they never thought they'd have?

This was both a new author and a new narrator for me. There's nothing I love more than a good second chance romance, so when I saw this as I was searching for my next holiday listen, I couldn't help but grab it. Bonus for it being in the AE package.
This is a really quick listen, I ran through the entire book between my drive to the gym, my workout, and finished it on the drive home. Being that short doesn't give much chance for a whole lot of background or build-up, but there was just enough of each to keep me in the story. The blurb pretty much tells it like it is. Steve and Dalton finally find their way back to each other after 10 years- neither having ever forgotten about the other,
Although it supposedly takes place at Christmas, other than it being mentioned a time or two, you'd never know it. It was barely used as a plot device. I was hoping they'd be spending Christmas day with their friends, once they got back together, but even the epilogie was lacking in the Christmas aspect.
Oh well, it was an entertaining enough listen any way.

I enjoyed K.C. Kelly's narration. He sounded age appropriate, as well as sounding like I imagine these cowboys really would have. He did a good job differentiating all the male voices. I'd be interested in listening to more books he's narrated, I'll have to see what else he's done.

Happily ever after can happen, it just might take a bit of time. The story of Steve and Dalton is just such a tale. The short-story provides the necessary information that informs the reader and allows for the emotional attachment to develop in a short time and you actually begin rooting for the protagonists and of course, love conquers all. Short but good.