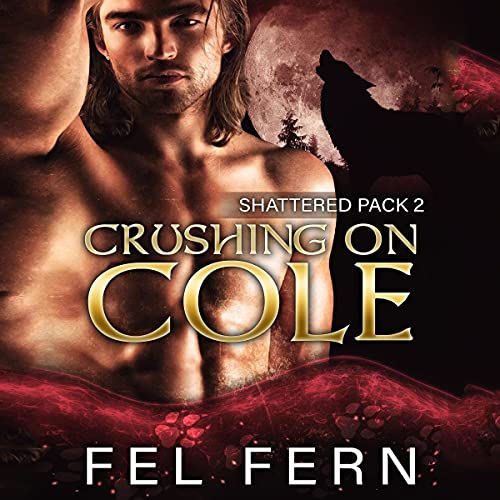 A sexy and persistent alpha is stalking me, and I don’t know how to get rid of him....

Alan Maple is just trying to live his life one day at a time. Alan’s distrustful of alphas for a reason. His ex-boyfriend did a number on him. Alan doesn’t think he’s ready to date again. When Cole enters the picture, Alan’s confused by all the attention the alpha is giving him. He’s undeniably drawn to Cole. But once Cole realizes how broken he is, Cole won’t want anything to do with him.

With a past drenched in blood and violence, Cole Rowland can’t imagine ever finding his fated mate. Alan’s skittish and evasive, but Cole will do everything in his power to win the omega’s trust. Alan doesn’t believe they’re meant to be. Two imperfect souls can’t make each other whole. Can Cole convince Alan they’re fated mates?

A persistent alpha is intent on winning the heart of his socially awkward omega in Crushing on Cole, a full-length m/m mpreg shifter romance. There are no cliff-hangers or cheating, and a HEA is guaranteed.

What listeners say about Crushing on Cole: A MM Mpreg Shifter Romance