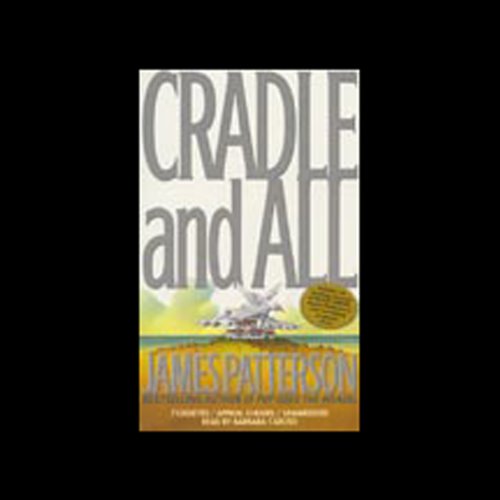 By: James Patterson
Narrated by: Ally Sheedy,Len Cariou
Try for £0.00

In Boston, a young woman finds herself pregnant - even though she is still a virgin. In Ireland, another young woman discovers she is in the same impossible condition. And in cities all around the world, civic authorities are overwhelmed by epidemics, droughts, famines, floods, and worse. It feels like a sign that something awful is coming.

Anne Fitzgerald, a former nun turned private investigator, is hired by the Archdiocese of Boston to investigate the immaculate conceptions. Even as she comes to care and trust the young women, she realizes that both are in great danger. Terrifying forces of good and evil are gathering. Stepping into uncharted territory where the unknown is just the beginning, Anne must discover the truth - to save the young women, to save herself, and to protect the future of all mankind.

What listeners say about Cradle and All

Engrossing story worth your time

This book starts quickly, dragging the reader into the story by imparting some facts but leaving much more untold which is revealed as the novel progresses. The book is narrated by two people who interchange depending on the characters within the plot. This helps the listener identify with the characters more easily than if there were only a single narrator.
So what's the story like? It is a classic good against evil tale, but with enough twists and changes to keep the listener wanting more. Having read a selection of James Patterson's novels before, which were mainly the Alex Cross series, this was a change in delivery for the author, with a slower build up. However, the novel doesn't suffer for that as it builds the tension and suspension nicely.
I gave the book 4 stars purely because I was disappointed that it seemed to end very quickly. Although it has to be said that the climax was compelling enough to make me keep listening beyond my original planned time!
Overall a well narrated story with enough unforeseen turnings to make it well worth including on anyone's list of books.

Patterson kept me in the perfect spot hovering between suspense and frustration!
But what really made this book for me was the production. The voice talent is superb and they added music!
Definitely a book I’ll visit again.

I love James Patterson but I didn't think this was up to par for him. It was so far fetched and too into the religious spectrum.