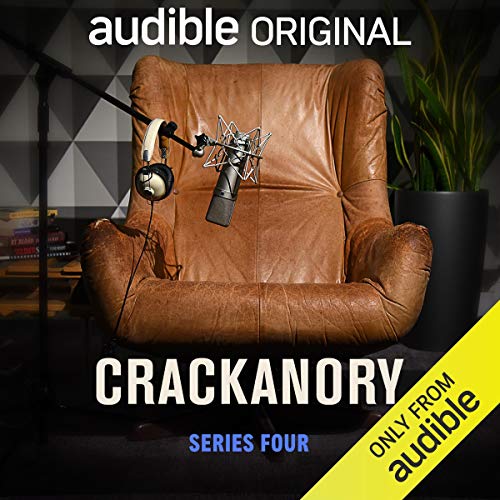 Imagine if Jackanory was set free from its childish shackles. What twisted, funny tales would it unleash upon the world? Inspired by the popular children's TV show Crackanory combines some of the UK's best comedy writers and performers.

What listeners say about Crackanory (Series 4)

Loved each story. The characters were very different from any other. They truly bought the storyline to life.

Loved listening to all of the crackanory stories from series 1 to 4, please make more of them!

Huge fun. Great for when you have 20 minutes and welcome a giggle or a daydream.

Really enjoy listening to these stories. Well read. Always puts a smile on my face.

Excellent stories more often than not!

Jackanory for adults; as was the intention (younglings will have no reference point, but generations who knew childhood in the 60s, 70s and 80s will)
Tales often macabre, amusing and with a twisted moral outcome are the structure. A plethora of different actors or presenters tell different tales.
Most are darkly comic... Tales of the Unexpected meets a satirical Aesop!
Curate’s egg performance and story wise but all still very easy to listen to.

Please please can we have some more series of Crackanory, easy listening, great fun, loved it