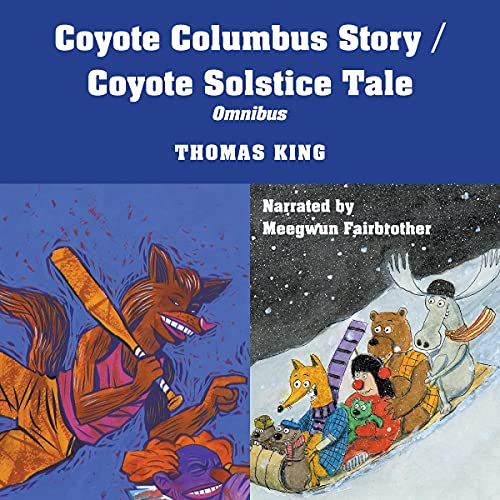 By: Thomas King
Narrated by: Meegwun Fairbrother
Try for £0.00

These two stories from master storyteller Thomas King are now available bundled together as an audiobook!

In Coyote Columbus Story, Thomas King uses a bag of literary tricks to shatter the stereotypes surrounding Columbus’ voyages. In doing so, he invites children to laugh with him at the crazy antics of Coyote, who unwittingly allows Columbus to bring about the downfall of her human friends. And he makes the point that history is influenced by the culture of the reporter.

In Coyote Solstice Tale, trickster Coyote is having his friends over for a festive solstice get-together in the woods when a little girl comes by unexpectedly. She leads the party-goers through the snowy woods to a shopping mall - a place they have never seen before.