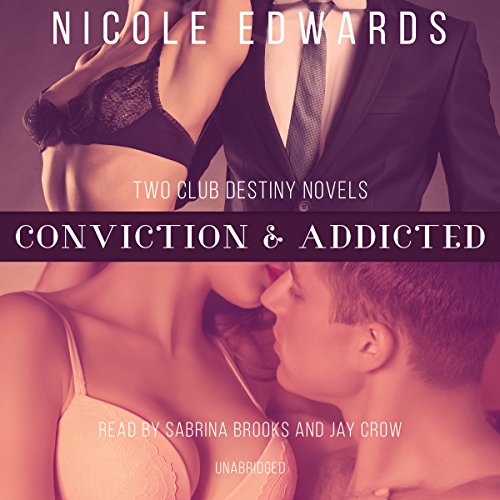 Samantha Kielty only thought she knew who she was and what she was made of. Until she was offered a position that would take her from her small office in San Antonio to that of her company's larger, more upscale headquarters in Dallas, Sam hadn't seen anything. Her new boss was not only intensely sexy, he was also about to show her things she had only read in books.

Logan McCoy's life was steady going until he set his sights on his new vice president of project operations. The woman made his blood boil and made him want things he hadn’t realized he was in search of. Logan only hoped that Samantha was capable of handling his dominating, controlling ways...especially between the sheets or in the shower.

When Logan and Sam get together, sparks fly, and they bring out each other's deepest, darkest desires. He will push Sam past her sexual boundaries, and she will bring out his need to possess her in every way. But can they find love within the inferno that burns between them?

Samantha still vividly remembers those nights so long ago when Logan introduced her to the ecstasy of a ménage. Now that Logan's brother has up and fallen in love, Sam wonders whether she’ll ever get the chance to do it all over again.

Warning! This audiobook contains sinfully hot encounters between two - sometimes three and even four - consenting adults. Contains graphic material not suitable for anyone under the age of 18.

What listeners say about Conviction & Addicted

What other book might you compare Conviction & Addicted to, and why?

i don't ever compare books each author is different

Which character – as performed by Sabrina Brooks and Jay Crow – was your favourite?

got to be Logan

I was expecting to much I think, don't get me wrong I like the book the story was ok but I felt it had some room for more. Almost like we missed chunks or were suppose to know something. Not saying that's bad cause I will probably be picking up book 2 because hello Luke and Cole hello yummy! It's still a good listen and worth the credit 👌

paid full price for a novella

I'm rather disappointed that you stuck a novella on the end of the first book and it appears as next in the series after Devotion. so in order to get the novella you have to pay for the first book again. needs better series organization. but other than that the books are awesome as always. loving this series.