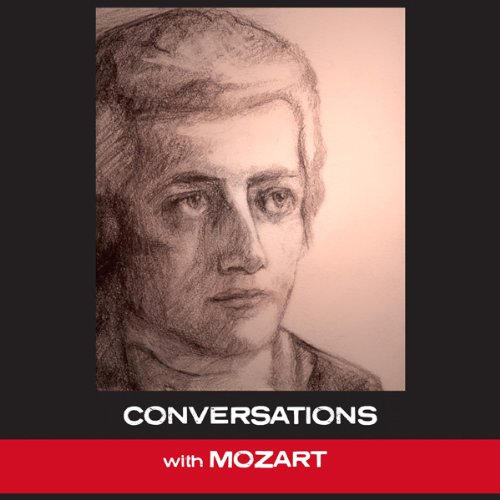 Wolfgang Amadeus Mozart, a child prodigy who became an adult genius, died in debt and was buried in an unmarked grave in his adopted home of Vienna. Mozart needed no formal lessons in composition. He’d been composing since the age of five, and possessed astonishing musical memory, able to re-create whatever he heard or saw. He could mimic different styles and his travels, which were endless, gave him plenty to imitate whether sacred, dramatic or instrumental. As he said, ‘I can pretty well adapt or conform myself to any style or composition.’ He was not the tortured artist but could compose whilst playing billiards or skittles, ordering the musical ideas in his head so exactly that writing them down was a slightly mechanical affair, requiring little effort. The music was there in its entirety in his head.

Mozart struggled with relationships, revealing a strong sense of abandonment beneath the surface. Quick to judge, he possessed a sharp manner himself, but saw only the upset that others caused him. He had a long list of foes and his battles with them he describes in much detail. A difficult relationship with his controlling father Leopold was partially offset by a happy marriage to Constanze, a genuine oasis in a world he found frustrating. Mozart was a phenomenal performer as well as composer, enjoying moments of great adulation. But these never turned into financial security. For this reason, he was a reluctant piano teacher throughout his life. ‘Conversations with Mozart’ is an imagined conversation with the man behind the music who died largely unnoticed at the age of 35. But while the questions are imagined, Mozart’s words are not; they are all authentically his, taken from his many letters.

What listeners say about Conversations with Mozart

A novel idea well executed. An entertaining way to understand Mozart's attitude towards his life and music. The narration and recording are very pleasant and natural sounding.

This is a MUST-LISTEN! Music fans will love it!

There is merely ONE defect. The narrator should have altogether avoided stating Mozart was buried in a "Pauper's Grave" as that is something that has been so long-refuted. Mozart was buried in an unmarked "Common Grave", which, regarding one of Mozart's class, was commonplace for the day.
Otherwise, the audiobook is FANTASTIC, as is its concept! Many writers have taken liberties with the Mozart legend, often relying on fantasy rather than fact. To that end, fans will appreciate that the "interview" is based upon Mozart's own letters.
I HIGHLY recommend this audiobook! It is DEFINITELY worth purchasing!