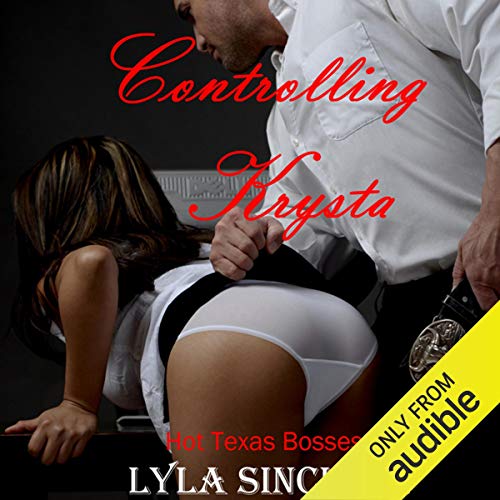 By: Lyla Sinclair
Narrated by: Rhea Celeste
Try for £0.00

Twenty-six-year-old grad student Krysta James takes a receptionist job with Maddox Brothers, Inc., but since she's lost her scholarship, she's still not sure how she'll afford to finish her doctorate. She tries to ignore the heat she feels whenever she's near her strange boss Mason Maddox, determined not to allow herself to fall for another selfish rich guy after what happened last time.

Dixon Maddox is planning to leave for Michigan soon to rekindle his romance with Tessa, but he's worried about leaving his brother. He notices that Mason is attracted to Krysta and tells her the heart-wrenching story behind his brother's unusual behavior. Against her better judgment, Krysta signs a contract with Dix to do anything his brother asks of her, including bondage and punishment, in return for the money she needs to finish her education. But just as Krysta gets to know Mason and discovers the lovable side he was keeping under wraps, he finds evidence that she's betrayed him. And if she chooses to stay at his ranch, she will be punished.

Meanwhile, Dix hears that Tessa may have a "boyfriend" up north and is desperate to get her back. He realizes there's something he knows about Tessa that he's sure no one else in her small town in Michigan does, and he has no qualms about using her sexual inclinations to master her and make her his again.

What listeners say about Controlling Krysta