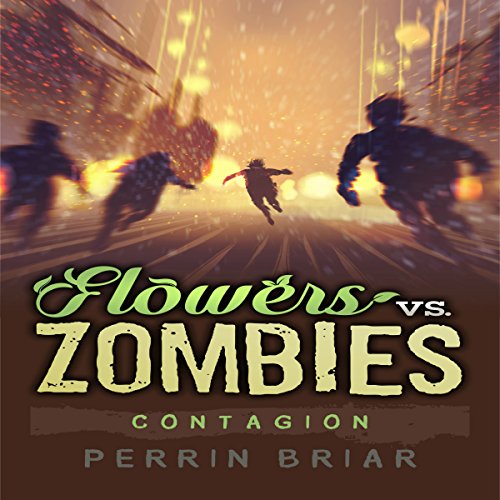 One island. One family. A million zombies.

The Flowers are rebuilding their lives after surviving the recent zombie onslaught. They've rebuilt their tree house, fixed the water supply, begun to farm again, and carry out dangerous scouting missions to sweep up the last of the zombies. Just when everything is going well, they each catch a terrible illness. They're in a race against time to discover their illness's cause and its cure before it's too late.

There's a new zombie in town. The virus in its purest form. It bypasses human consciousness and tears through every obstacle it comes to. It never hesitates to kill. The Flowers face their greatest adversary yet and must rely on their survival skills to keep one step ahead of this new terror.

From the writer who brought you Blood Memory and Z-Minus comes this powerful third novel in a new zombie series, Flowers Vs. Zombies. Let the horror begin.

What listeners say about Contagion