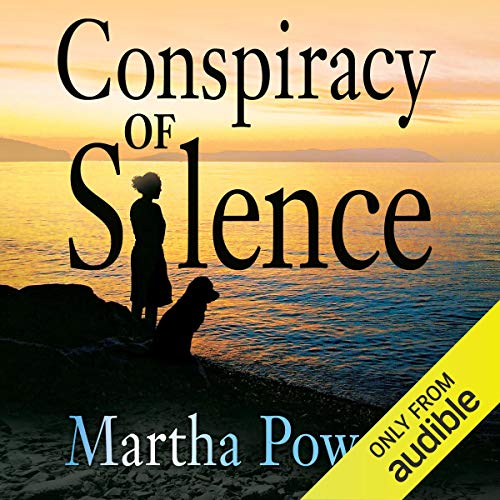 On a sunny day in July, Clare Prentice arrives in Grand Rapids, Minnesota. Although she is on assignment to interview the town's notoriously reclusive novelist Nate Hanssen, Clare is really in search of a different story - her story. Just months before, Clare was a bride-to-be, living in Chicago and looking to the future - until the day she learned her entire life had been a lie. Not only was Clare adopted, but there is no record that she or her adoptive mother ever existed. The only clue is a class ring from Grand Rapids Senior High School.

Unable to get on with her future until she reconciles her past, Clare breaks off her engagement. Unraveling the mystery is like trying to sculpt fog - until the first piece of the puzzle unexpectedly drops into place: Clare's birth mother, Lily Gundersen, was murdered in Grand Rapids. Lily's murder was one of the most talked-about events in the town's history, but no one is talking now. Clare doesn't know the whole story - and someone intends to keep it that way.

I cannot enjoy the book because the narrator speaks too slowly. The pondorous style is annoying and the pauses between chapters makes me check that my i pod is still working!

Would you ever listen to anything by Martha Powers again?

Was Conspiracy of Silence worth the listening time?

I am impatient with filler material. I don't know if there is some minimum goal of words/pages for a novel, but this book had so many useless details, ie. she got out of the shower, grabbed a towel, looked in the mirror, dried herself, hung the towel on the rod, walked to the closet, etc., that I wanted to seriously edit the thing!

This is the worst narrator I have ever heard

A different narrator. She did not change her voice at all for the different characters. Most of the time, I couldn't tell who was talking, they all sounded the same. It made it difficult to follow the story.

Has Conspiracy of Silence turned you off from other books in this genre?

No, but I will never listen to anything done by Becky Boyd again.

It is a shame for the book, because it might have been a good story, but the narrator just murdered it. I couldn't finish it because I could not stand her voice. It was flat, no intonation or emotion put into it at all. I can't believe someone actually paid her to read it.

I am sorry that I wasted a credit on this audiobook. People should be warned about this narrator.

A different narrator would make this book a much easier listen. Silences are too long, voice inflections make the characters seem like idiots! Especially the main character!!

Silences are too long, voice inflections for adults are child like.

I believe the story line to be well written, but will have to read a copy in order to be sure.

What made the experience of listening to Conspiracy of Silence the most enjoyable?

Playback was slow so I set my player to a faster speed and it listened much better.

The surprise ending and enjoyable characters were the most interesting.

I started reading this book and then switched to listening. if I had stared listening I would not have finished. not impressed with narration .

Can't get past the sing song, clueless narrator.

I wish I could have read this story, instead of listening, and I might have then finished the book. I simply could not bear to listen to the narration any longer. Unlike any audible book I've heard before, this narration really sounds like a grade school teacher reading to her students...slow, methodical and with exaggerated voice. There are changes in inflection where it's not called for, and it's as if the narrator is trying too hard to make the story seem interesting. There's a hint of a Southern accent, which makes the characters (Midwesterners) even more unbelievable. [And as a Minnesota native, I should know.]

Sorry I couldn't finish the book. It seemed like it would be interesting, but just couldn't stand to listen to it any longer.

I wasn't sure I could make it through the story because the narration was so poor. Sounded like she was reading to 5 yrs olds. I decided to "give it a go", though her reading really took away from the story. I am very surprised she was given the narration job.

Would you be willing to try another one of Becky Boyd’s performances?

It was hard to come up with a reaction other than curiosity of the story.

I think it MAY have been a better story with a different narrator.....she was so influential (poor), though, that it was hard to tell.

probably from Martha Powers but never from Becky Boyd

Would you be willing to try another book from Martha Powers? Why or why not?

I think so. I never was able to finish the story because of the incompetent narrator.

The sings-song voice control, the cadence of phrasing in the wrong places, put me off so much I could only listen to a few chapters

If I were the author I would be furious that this narrator did such a poor job. Don't they have some say over who narrates?

The recording sounds like it was done from home not a studio. No background music, just the static sound of the recorder in the background. Becky Boyd reads in a sugary sweet monotone with little difference in character voices. Maybe reading the book would have given me a better view, but definitely not a good listen!