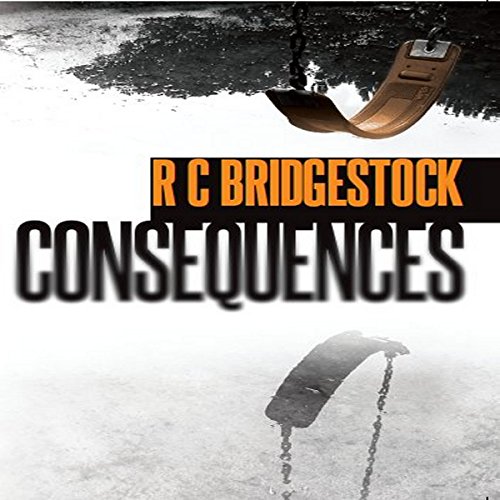 Detective Inspector Jack Dylan's list of things to do is getting out of control. He has two unconnected murders to solve. One victim is a small child and the other a young woman; plus a missing detective to find. Long hours are part of the job, but does he have the time to figure out the pieces to the crime jigsaws, and save his relationship?

With the pressure mounting, Dylan has to solve the murder of Liz, a young woman found burned alive in a public park. He also has to find out where half a million pounds of the young woman's money has gone and how his missing sergeant may be involved in the whole sorry mess.

Usually the search for the murderer begins with the immediate family but the dead woman's husband is in prison. Consequences shows the steps the detectives must take to find the answer to the question - who killed Liz?

What listeners say about Consequences

Yes, Its a brilliant book with a few twists a

I love DI Dylan, he is a true good guy all round

Would you listen to Consequences again? Why?

The ending could have been a bit more compelling. As it was, it just kind of fizzled out.

What does Jon Caruth bring to the story that you wouldn’t experience if you just read the book?

I love the British accent!

This book didn't blow me away, but I will read/listen to more titles by this author.

I liked this book a Lot. I read a lot of Scandinavian and British authors. I have been seeking something new and worthwhile. This was both