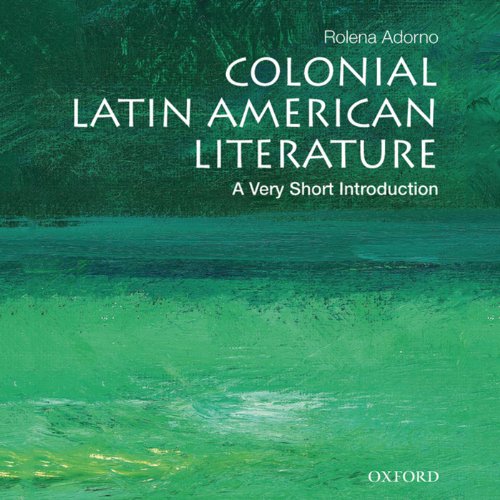 A vivid account of the literary culture of the Spanish-speaking Americas from the time of Columbus to Latin American Independence, this Very Short Introduction explores the origins of Latin American literature in Spanish and tells the story of how Spanish literary language developed and flourished in the New World.

A leading scholar of colonial Latin American literature, Rolena Adorno examines the writings that debated the justice of the Spanish conquests, described the novelties of New World nature, expressed the creativity of Hispanic baroque culture in epic, lyric, and satirical poetry, and anticipated Latin American Independence. The works of Spanish, creole, and Amerindian authors highlighted here, including Bartolomé de las Casas, Felipe Guaman Poma, Sor Juana Inés de la Cruz, and Andrés Bello, have been chosen for the merits of their writings, their participation in the larger literary and cultural debates of their times, and their resonance among readers today.

The narration is monotonous and the presentation dull, dull, dull - a very long and formulaic introduction delivered with little or no enthusiasm.