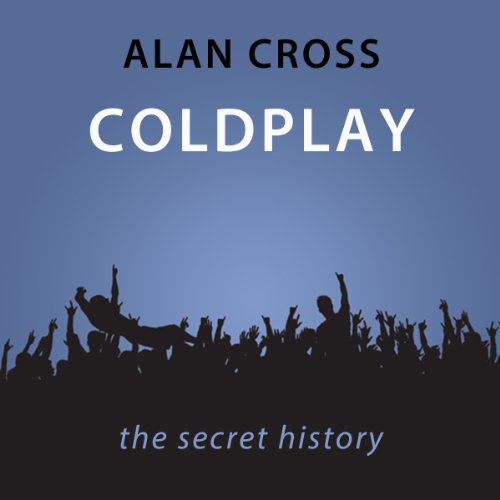 Alan Cross, beloved radio broadcaster and documenter of all things rock, presents an artist profile of the band Coldplay, as part of his Alan Cross Guide to Alternative Rock audiobook series. Cross, in his familiar, affable radio voice, discusses the history of the band and its raise to stardom. Even people who "get" the band are surprised by their sudden skyrocketing to fame; Cross examines the phenomenon and contextualizes the group. Called the new U2, the new REM, and the new Radiohead, Coldplay has undeniably carved their own niche out of the middle 1990s Brit-pop revolution and Cross gives them their due. Any fan of the band looking for a quick primer to its inception will find this an informative piece of rock journalism.

In this new audiobook, radio broadcaster and music writer Alan Cross narrates the definitive history of Coldplay. Cross succeeds once again in revealing the fascinating history behind the music in the same compelling way we've come to expect from his long broadcasting career.
©2009 Alan Cross (P)2009 HarperCollins Canada