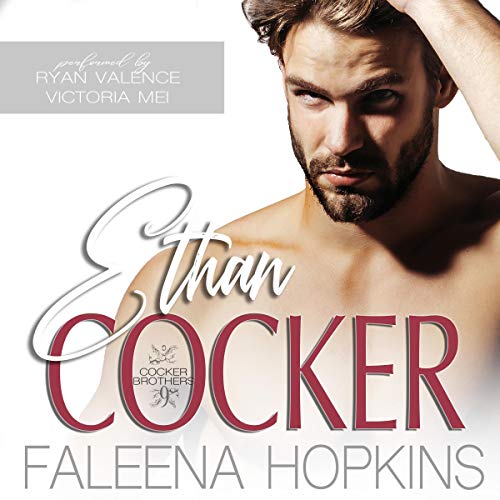 By: Faleena Hopkins
Narrated by: Ryan Valence,Victoria Mei
Try for £0.00

Ever have a character talk directly to you? This one will.

I want to hit him or kiss him and neither is appropriate.

After all, I'm his boss.

I've got quite a few things

I'd like to order this cocky genius to do.

But my grandpa didn't raise no fools.

You want to know a secret?

I know you're hearing this, that's how smart I am.

I've been hired to save Wyntech Industries from a hacker.

But I don't need the money.

Unless it's to throw from my private jet as confetti.

I'm doing this job only for the fun of it.

Until I lock eyes with a redheaded princess who treats me like a pauper.

See I thought Charlie Reed, CEO of Wyntech, would be a man.

You want to help me change that?

In the vein of Deadpool and Ferris Bueller, the only novel in this series where the lead character talks directly to you.

What listeners say about Ethan Cocker

Such a great series

This series is just great. I can't get enough of the Cockers. I read this book a while ago and I'm ashamed to admit that there was a few bits I had forgotten before listening to the audio. I had definitely forgotten the 'crazy' in this :-) Probably because once in a Cocker book I'm all things family. Ethan was just so cute and his love of his grandparents was beautiful. I thoroughly enjoy the snarky side of this family, just my kind of humour.

What did you love best about Cocky Genius: Ethan Cocker?

I love the way the characters are talking to the reader!!!

The second book of the second generation of the Cocker family is one that keeps you wanting more of the family. Ethan is the Family Genius and doesn’t know he wants love until he sees what his sister has. The way that Faleena Hopkins has both Ethan and Charlie talking to the reader is a totally different approach than any of her other books. I love learning more about the Cocker family and seeing each member get their HEA!

Oh so cocky but lovable

When I first read this book I loved it. But hearing the words stirred different feelings. Ryan Valence did a very good job in making me not like Ethan. He reminded me of a middle school boy snapping a girl's bra strap then laughing. Then like Charlie, his constant joking grew on me. If you are not used to that kind of personality it can be very...annoying. What I missed was it was never intended to hurt feelings just bring smiles. That was obvious when he would apologize when he thought he hurt Charlies' feelings. Ryan made sure that I believed that he was sorry and had actual feelings for Charlie.
Victoria Mei captured the essence of Charlie completely. She was both proper and fun loving and breathed life into a character who, at first glance, was not someone to root for. But you soon see that she walks a fine line between What she has to do and What she wants to do. And once she chooses, you can't help but love her.

What I loved the first time I experienced it and even more when I listened to it, was the way that the main characters talked directly to me. It is a perspective that I have never seen or heard anywhere else, and I love it! Once again this is a great book. And I WILL BE suggesting it to my friends.

I feel like a part of the Cocker family now

I loved this story! Faleena Hopkins has outdone herself with this addition to the Cocker family history. Ethan brings the audience (readers) into the story with him. Literally, you feel as if you are part of the story.

Ethan and Charlie are both brilliant and highly successful. Neither trusts easily. Charlie's company has a hacker that could ruin it. Ethan is the tech wizard that is her only hope of stopping the hacker. Their chemistry is out of this world but they can't get out of their own way. Follow their story through stalkers, family emergencies, kidnappings, and stupid high school revenge plots to see how they find their happily ever after. When a Cocker is involved, it's never boring.

this book is genius

If you could sum up Cocky Genius: Ethan Cocker in three words, what would they be?

I love Ethan, but Charlie is my favorite, I like her confidant take charge kind of attitude, as well as her soft side. I love how she comes into her own and is able to say what she wants and acts on it.

What about Ryan Valence and Victoria Mae ’s performance did you like?

I loved the part when Ethan was in the hospital with his grandfather, telling him about Charlie, it was very touching and heart warming.

I really enjoyed this book, it is fast moving and as all of Faleena Hopkin's book a fantastic story. Her characters seem like the kind of people that you would want to hang out with.

One of the only authors I can say this but Faleena, you OWNED those characters and I hate you didn't do at least the female voices. It was half the reason I bought the audiobooks. You just did an amazing job. Please please please finish narrating at least the Cocker series. It's just not the same. :(

Wow! I have read every book in this series, and they are all amazing. The whole Cocker family is entertaining and I love them. But....Ethan is special to me. I love this story so much. I love how Ethan hacks into your brain, I love how he just does his own thing and doesn't care one bit what others think, I love his sense of humor, and I love how much fun his relationship with Charlie is. I think relationships should be fun and couples should play and laugh together often. Charlie really needed someone like Ethan in her life. Now this book wasn't all fun and games. I was driving during the scene at the hospital and almost had to pull over because I literally cried. And, of course, there were the crazy women. No really, they were crazy. There was never a dull moment, but this is Faleena Hopkins we're taking about. How could any of it be dull?