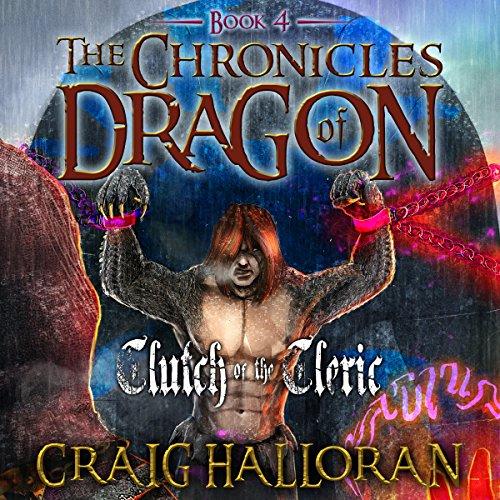 Clutch of the Cleric

Clutch of the Cleric

In the grasp.... As darkness seeps over the land, Nath Dragon and company embark on a journey to the Land of the Elves in pursuit of the Occular of Orray. Under the watchful eye of his friends?Brenwar the Dwarf, Shum the Elven Rover, Bayzog the part-Elf wizard, and Sasha the sorceress?Nath finds himself wanting to test his set of two Dragon arms. The Clerics of Barnabus are after Nath Dragon, tracking his every move. The High Priestess Selene has summoned the War Cleric Kryzak into to her service, sending him and the Draykis in pursuit. Nath and Company must be ready to handle anything. A village ransacked by Giant monsters. A strange and mysterious crater filled with terrors. Treacherous uncharted tunnels. Who can they trust? Can they count on one another? Is there a spy among them? Can they track down the winged-ape, Sansla Libor? The fate of Nalzambor rests in the claws of one Nath Dragon. Will he make the right or wrong choice?