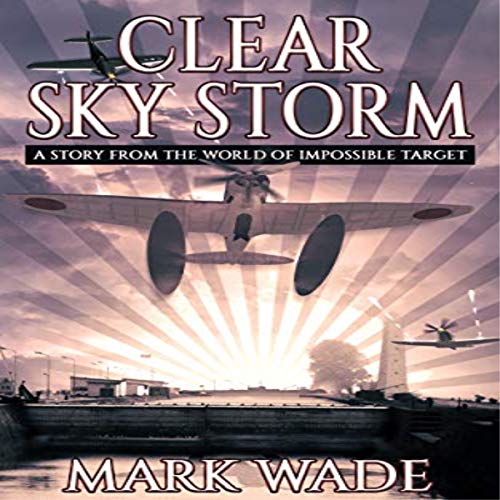 Now a novella from the world of Impossible Target!

Japanese warplanes have been sighted over the Panama Canal!

December 1943. New York City is on fire, reeling from a massive surprise attack by German bombers, and American military units have been pulled away from the West Coast to augment meager and embattled units on the East Coast to defend against further anticipated German aggression. A handful of air, ground, and naval units are the only defense on the West Coast.

Military units of the Empire of Japan have sensed new American weakness and seized the opportunity provided by the German strikes on New York City. The Americans have quickly and predictably shifted a large portion of her available war resources to the embattled East Coast. In unprecedented cooperation and coordination with Hitler’s military machine, Imperial Japanese forces have mobilized and are speeding towards targets on the West Coast.

Once again, you’ll experience breathtaking action and historical drama as the American West Coast is attacked for the first time in World War II by a foreign power. Japanese warplanes have been reported over Seattle and the Panama Canal Zone. American military units are scrambling to protect the vulnerable East Coast from further German attacks.

Can the Americans stop the Japanese bombers before they release their weapons on another seemingly impossible target?