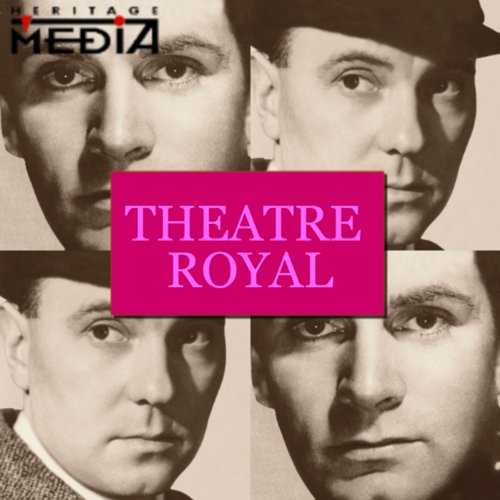 Sir Laurence Olivier, one of the English stage’s greatest voices, and the legendary Robert Donat, lead an extraordinary company in sterling performances in works adapted from Robert Louis Stevenson. These fully restored and remastered Theatre Royal 1950s radio dramas showcase Lord Olivier’s range and brilliance in Stevenson’s tales of good and evil – "Markheim", and "Dr. Jekyll and Mr. Hyde" - while Donat shines in "Sire de Maltroit’s Door", with its choice between marriage and death.

Theatre Royal is a unique series of classic radio dramas produced in the 1950s by the late Harry Alan Towers. Starring the leading theatre artists of the day it is the only series of radio dramas in which Laurence Olivier ever appeared. He was joined by Ralph Richardson, John Gielgud, Orson Welles, Robert Morley, John Mills, Michael Redgrave, Trevor Howard, Robert Donut, Alec Guinness and Margaret Lockwood.

Over the years, Theatre Royal has received a glittering array of accolades, including: “vivid, tense, and compressed.”(Classic radio)

“A must for archive fans. The excitement of vintage radio drama with strong storylines.” (Radio Times)