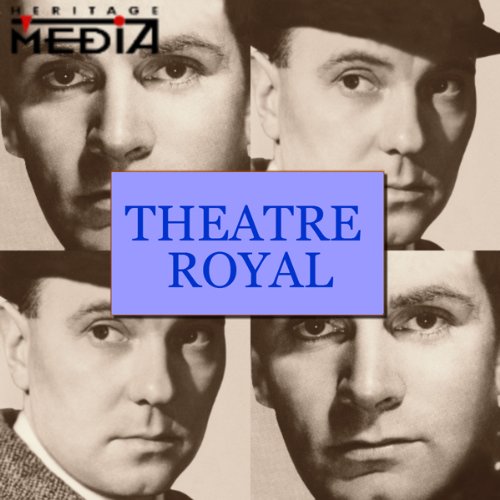 Laurence Olivier's unforgettable acting anchors these two productions from 1950s British radio series Theatre Royal, one adapted from an Honore de Balzac tale and the other from Alexandre Dumas. Both stories involve games of chance, but while one ends on a sweet note, the other goes quite sour. Classic British actors enliven the production in supporting roles, and the taut, tension-filled stories are likely to linger in your mind long after the closing credits. Lovers of old-fashioned radio dramas will find all the joys of a classic theatre production in a more portable format.

These are from the old Hollywood days of theatre & wonderful to listen to
for those days when you want a trip back to the past.

All round professional productions with excellent casts when Hollywood was 'Hollywood' & full of drama.

As many others have expressed; The music is AWFULLY LOUD & needs
to be recorded at least 75 decibels lower to prevent ear damage it is irritating having to turn the volume button up & down as the music makes you jump out of your skin ! This spoils the dramatic effect of the play.

Laurence Olivier plays the protagonist in both of these mini-plays adapted from French stories. Both are old-fashioned, even quaint, tales of their times.

In Balzac's "The Purse," he is successful painter Hyppolyte Schinner. When the artist suffers an accident, he is helped by a lovely young girl and her mother who seem ideal in every way. But as time goes on, he becomes suspicious of both.

The subject of Dumas' "Zodmirsky's Duel" is self-evident, although the outcome isn't.

The sound levels in the Theatre Royal series leave something to be desired. The spoken parts are fine and then, all of a sudden, dramatic ear-splitting brass or shrieking string music breaks the spell. Yes, that is the dramatic style of the old radio dramas, but what I have a problem with is the intensity of the extreme contrast in volume between the spoken and the musical.

If you can bear with the above, you'll not find better actors in the classic radio archive. But I wouldn't suggest listening to these plays with earphones if you value your hearing.