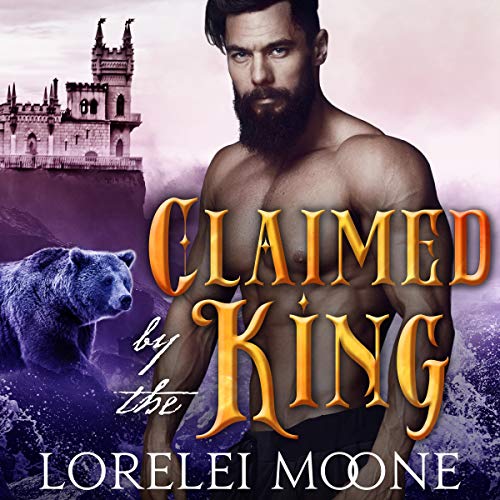 By: Lorelei Moone
Narrated by: Richard Turner
Try for £0.00

Abandoned by her people, a young woman was being sent to her doom.

Kelly was going to be a prisoner; a slave. At least that’s what she thought as she waited for the mysterious giants that lived on the Black Isles to claim her. A human sacrifice, once every eight years. That’s what it took to keep mankind safe from these savages.

The human would ensure the survival of his bloodline. Whether he liked it or not.

Broc’s reign as King of the Black Isles had lasted seven years already. That was a long time to go without a queen and therefore, an heir. He knew what he had to do: to claim the human offering and make her his own.

When they met, it changed everything. A glimmer of hope, even of love, in unexpected places. But life on the Black Isles was far from simple. And there were powerful secrets, yet to be uncovered, that could change everything yet again.

Claimed by the King is the first in Lorelei Moone’s brand new fantasy romance series, Shifters of Black Isle. Shifters, magic, and relatable characters; set in a mysterious, distant land, where anything seems possible, and yet all its inhabitants hold dear could be destroyed in an instant. One-click now and find out what all the fuss is about!

The story was ok, with its paranormal elements. Typically, the heroine, Kelly, was the most beautiful woman. The romance quickly developed, but the sexual element was quite mild, no explicitly revealed acts, just mild description and talk 2x. And there was no profanity or explicit sex talk. It was strange that sex the 1st time with a giant, Brock, the hero, barely stung for Kelly.
The small conflict was resolved especially easily. The narrator heightened the experience but not to the level that I want to continue this continuing, unfinished story.