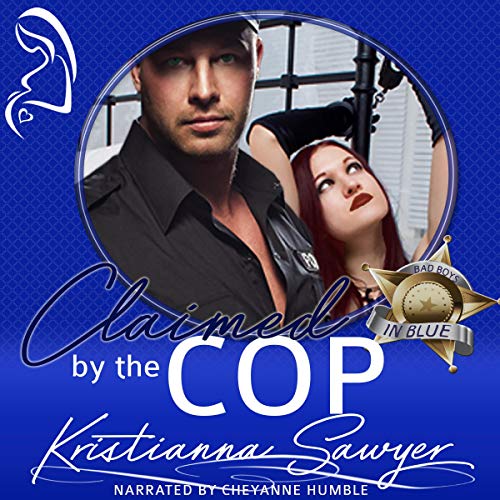 Claimed by the Cop

By: Kristianna Sawyer,Kit Tunstall
Narrated by: Cheyanne Humble
Try for £0.00

Lexie plans to give her virginity to her boyfriend while she has the house to herself. She doesn't expect a cop - who has tormented her since her mom and stepdad married - to interrupt them. When Ryan demands to take Jason's place, she's certain it's just another one of his games. This time, she isn't going to beg him to stop and calls his bluff. As he joins her on the bed, she realizes it isn't a game and never has been. Could the guy who thrives on teasing her be in love with her, and is it possible she feels the same? Does she secretly long to have his baby?

What listeners say about Claimed by the Cop

In the middle of trying to lose her V-card to her boyfriend Jason, Lexi's stepbrother, Ryan, bursts into her room. He takes control and has Jason watch how what he does to Lexi. Cheyenne Humble did an OK job with the narration. I received this free copy audiobook at my request and have voluntarily left this review.

Wow this book was awesome!!! I can honestly say that the story held my interest and was hot. The performer was fantastic!!!

This one was a real sweet hot treat. Perfect length and soooooo sweetly heated. A winner!