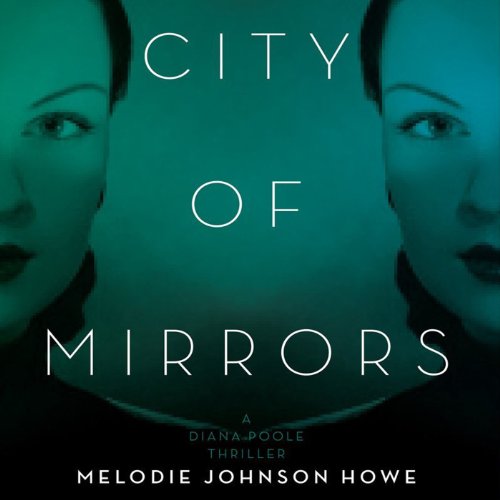 After her mother's death, former actress Diana Poole finds herself drawn back into Hollywood mentoring the naive, up-and-coming Jenny Parson. But when Poole finds Parson's dead body, she becomes embroiled in a labyrinthine murder investigation in which no one can be trusted and nothing is at it seems.

Running out of money, Diana Poole is forced to go back to the only work she knows: acting. Her much-loved husband and movie-star mother have died, and now Diana is over thirty-five. In Hollywood that means she might as well be dead. Still, a few key people remember her talent, and she lands a role in a new movie. But an actress should never get her hopes up, especially when she discovers the female lead’s murdered body.

Raised in her mother’s shadow, Diana knows people in “the business” will go to dangerous lengths to protect their images. When her own life and career are threatened, Diana decides to fight back and find the killer. But unmasking the surprising murderer isn’t that easy, especially when she uncovers what’s real - and unreal - in her own life.

What listeners say about City of Mirrors Melodie

Randye Kaye gives a wonderful narration that complemented the story.
This is no fluffy thriller, there's a melancholy dark edge throughout, comprising of two stories that of a puzzling murder and of Dianes complex relationship with her mother.

Diana Pool has to go back to work as an actress, her bank balance will have it no other way, while filming a small but crucial part, Diana gets sucked into a murder investigation, while having to cope with the death of her mother and the burgeoning grief of a beloved husband.
Dianas character was so refreshing and forthright, no simpering, insecurities here, but a women who knows her own body and mind. I loved the way she used her acting skills to get where she wanted to be, her improvisations entertained.
One blow after another rains down on Dianas head, I was with her all the way and have not liked a character so much in a ages. although I guessed right about the murderer I was so totally wrong at the same time.
Your in for a treat , it's a multi-faceted plot with an intricate answer that does not really make itself known until towards the end.
It's fast placed, well plotted and worth a listen..