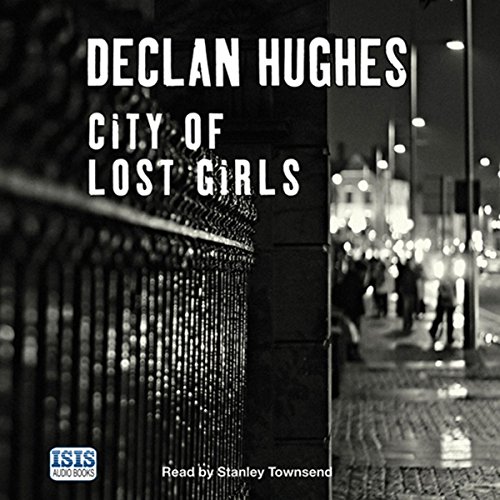 In LA there’s a killer on the loose. He kills young and rootless girls and he always kills in threes. Back in Dublin, Ed Loy is reunited with Jack Donovan, a film director friend from LA. When the victims of the “Three-in-One Killer” are discovered in LA at locations Jack used for his movies, Loy begins to suspect Jack. He flies to LA, hoping that whatever he finds will point away from his old friend. And then, when he finally unearths the truth, it looks like it may be too late. In Dublin, the killer has broken his pattern. Time is not on Loy’s side as he mounts a desperate fight to outwit a ruthless psychopath and save the last of the lost girls.

What listeners say about City of Lost Girls

I typically devour audio books when I'm driving and can listen to most anything. I have tried listening to this book several times and have given up after an hour or so. I think it is the narration. The reader using a voice that is probably meant to be dark and menacing but it comes out to be overly affected and slow.

Stanley Townsend does an amazing job with all the characters and especially deliniating the villian's "thoughts" from the rest of the dialogue; however, he can't help the meandering story line.

The mystery itself is pretty standard stuff--three girls missing in Dublin, three girls missing years ago in LA, must have something to do with the movie company working in both places--but Hughes' writing gets bogged down in long internal conversations that some characters have with themselves and that have very little to do with the main story. He drops some nice misleading clues that keep your interest in the missing girls plot, but seems to stop his own momentum with these self-analysis monologues.