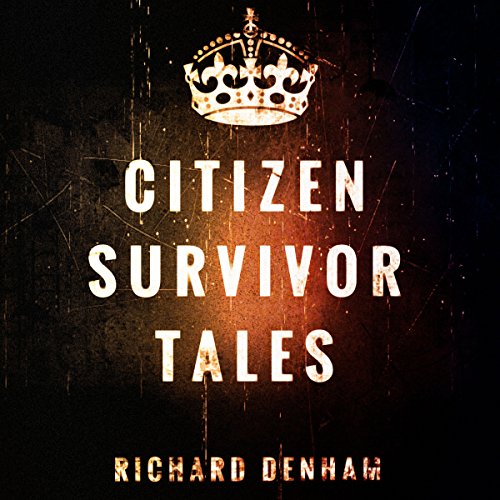 The Ministry of Survivors
By: Richard Denham
Narrated by: Elizabeth Klett
Length: 2 hrs and 41 mins
Categories: Fiction, Historical
5 out of 5 stars 5.0 (2 ratings)

Maryanne Coleman was a popular journalist who worked for The Ministry during the 1940s. While under the guise of a reporter for The Southern Herald, her role was to interview a variety of survivors of "The Great Tribulation", which had plunged Britain into chaos. She traveled throughout Britain speaking to a wide assortment of characters and those who had come to the attention of The Ministry and to collate information, both overtly and covertly, on the current state of the nation.

Although her interviews were later recovered, Maryanne herself went missing. Her fate is currently unknown. It must be conjectured that one of the interviewees was involved in her disappearance.

Here then, is a collection of 10 of Maryanne's most interesting, amusing, bizarre, frightful, and compelling interviews.

Please note: These accounts are not for public dissemination and to distribute them, knowingly or unknowingly, to anyone below silver clearance will be considered an act of treason.

I loved this, it's such a brilliant piece of writing with elements of humour crafted into multiple little stories.

Denham is a great writer, I have enjoyed every book I've read of his so far.

A Neat Collection of Interviews of Survivors

CITIZEN SURVIVOR TALES was a neat collection of interviews. They were interesting and a few even strange or bizarre. I liked 'The Housewife', 'The Entrepreneur', and 'The Viscount' to name a few. These are fiction but they sound somewhat non-fiction. Either way, reading the blurb is slightly chilling if this actually happened and Maryanne Coleman really did go missing.

ELIZABETH KLETT does an outstanding performance reading these accounts. I've listened to other work by her and love her voice. She's an amazing voice actor.

Great little interviews but it seems to be more of a companion novel as I have not read the authors other books and was u familiar with some of the events, ppl and places being discussed. Overall very much enjoyed both the story and the narration and will be looking into the other books by the author to expand my familiarity of this set. I received this audiobook from the author narrator or publisher via audiobookblast for free in exchange for an unbiased review

I enjoy these types of book, but this one fell a little short. The narration seemed to fit the book, but I think if the writing had more substance the whole book would have been better.

I was provided this audiobook at no charge by the author, publisher and/or narrator in exchange for an unbiased review via Audiobook Blast.

I don’t usually read many books from this genre, but I really enjoyed this one. The narration brought the story to life and held my interest throughout. The story was well thought out, complete and will keep you listening. I will be watching for this author in the future.

* I was provided a free copy of this book from AudioBookBlast for an honest review.

What made the experience of listening to Citizen Survivor Tales the most enjoyable?

Elizabeth Klett as the narrator, I love her, she is amazing!

I didn't really have a favorite, I guess it would be the reporter...this book reads like a series of interviews and she's the only constant personality.

When the black coats are being described, the entire revolution of church

Yes, it was quick and easy to listen to

I adore listening to Elizabeth Klett, I would pay to listen to her read the phone book. She made this book for me, the book itself was good. It was an interesting take on Brittish WW2 alternate reality....what if Germany/the Axis had won, but in a sneaky and devious way, making it look like England negotiated with them for cessation of hostilities but is the new government really British, or is it a shadow government under Germanic rule?