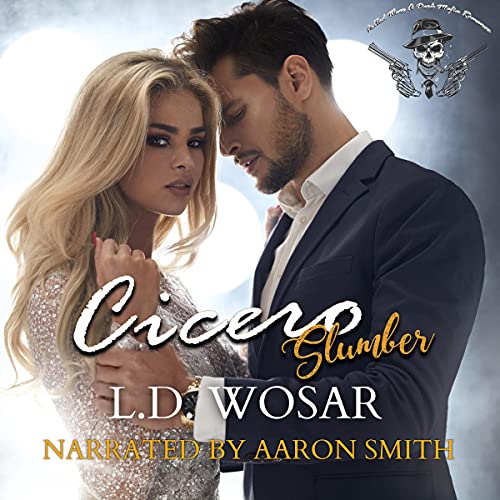 Their Love Threatened by Hate

Brianna Rossa and Leonardo Dormire had known for some time they were crazy about one another, regardless of the feud between their families. Yet, nothing was going to stop them from seeing one another, not even a curse that was put on Brianna before she was born.

Cipriano Rossa and Giovanni Dormire were best friends in college; however, over time they became competitive with one another in the game of gangster versus gangster. They let sleeping dogs lie; however, Bastiano Dormire, Giovanni’s oldest son won’t and he will not be satisfied until the Rossa Crime Famiglia is off the grid. Even so far as to put Brianna in danger.

Is the power of love enough to wake Brianna up?

Or will the families need to end their quarreling to break the curse?

Not what I expected but good all the same, where evil gets knocked down a peg and love wins. Great narration too.

​Brianna Rossa and Leonardo Dormire have been friends since he borrowed a pencil from her in the 3rd grade.​ Ten years later and they have watched each other from afar, never forgetting what they had. But Bri and Leo can never be together, since their fathers are dons of two competing mafia families and are sworn enemies. That doesn't mean anything to Leo and Bri, because love has chosen them. They have a Romeo and Juliet existence, keeping their heads down, in case they should be seen by a mole who's filtrated one of their families. They can't stop showing how much they feel, even out in public, and they'll handle whatever comes. Briana's 18th birthday is in a few days, but it won't be a happy one. There's a hateful person, bent on keeping them apart at all costs, who knows her achilles heel and intends to make use of it. This is a wonderful story with multi-layered characters you either love or love to hate. Their love story is sweet, captivating and what I wouldn't give for an epilogue!
Aaron Smith is a stand-out narrator and this story is even better because of his voice.