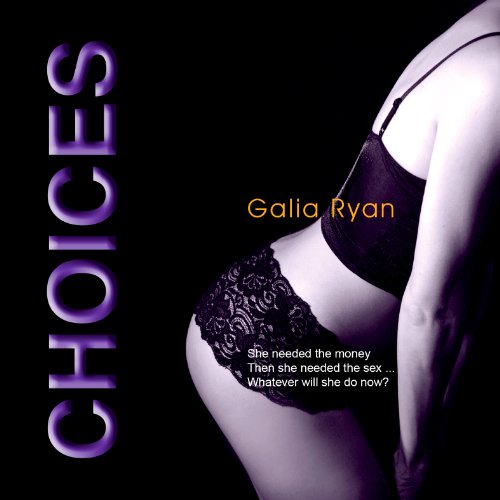 Anna is broke. Really broke. Credit cards maxed out. Store cards, too. She can't make her repayments and there's nowhere to turn.

Educated, intelligent, and - until recently - upwardly mobile, Anna is forced to make a choice. Sink or swim. And swimming means finding a part-time job to complement her full-time career. One that would pay enough to get her head above water. Except that part-time jobs don't pay.

Drawn into the sordid world of private escorts, Anna discovers there is little she won't do for money, lots and lots of money. She even starts to enjoy the sex. Until she meets an unusually seductive client who introduces her to the world of Dominance and submission.

What listeners say about Choices