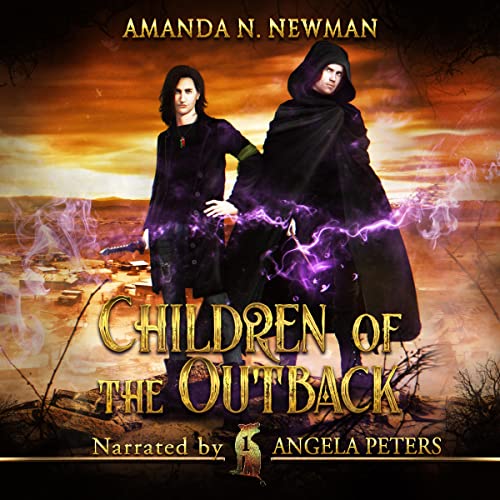 Children of the Outback

By: Amanda N. Newman
Narrated by: Angela Peters
Try for £0.00

Sometimes those with the worst reputation are your best chance at survival.

A long-ago civil conflict has left Australia divided into two societies, the urbanized New Australian Republic to the east and the rural Outback to the west, separated by the now-electrified dog fence. Elite dark magic wielders maintain order in the Outback, while slaver gangs patrol the border, searching for trespassers to capture and add to the slave trade.

Grace Walker has become one of those slaves. Captured at a young age, she has spent the past four years confined to a slave camp, but now it’s her time to become a part of the trade. If that wasn’t bad enough, she finds herself at the mercy of “one of the greatest torturers in the Outback”.

Skar Shepard has always walked a dangerous path, but entering into a deal with a Republic soldier isn’t just dangerous. For a magic wielder, it’s outright suicidal, but his conscience won’t let him refuse. Now, he’s forced to uphold his end of the bargain while the soldier struggles to follow through on his end.

Rudolfus Lesikar is no stranger to darkness. Born into a family infamous for their work with torture magic, he’s used to people regarding him with fear. But when the evil and trauma from his past threatens his future, he can either face it or try to run from it.

Trigger Warning: This book contains dark themes that some individuals may find upsetting or disturbing. This includes, but is not limited to, references and/or depictions of self-harm, torture, rape, sexual assault, abuse, child-loss, mental illness, suicide, etc. Listener discretion is advised.

What listeners say about Children of the Outback